The Forbidden City (with teens!): Session One [Part 2]

For motive, plot, or story line I went minimalist old-school: find the most treasure and get back out alive. 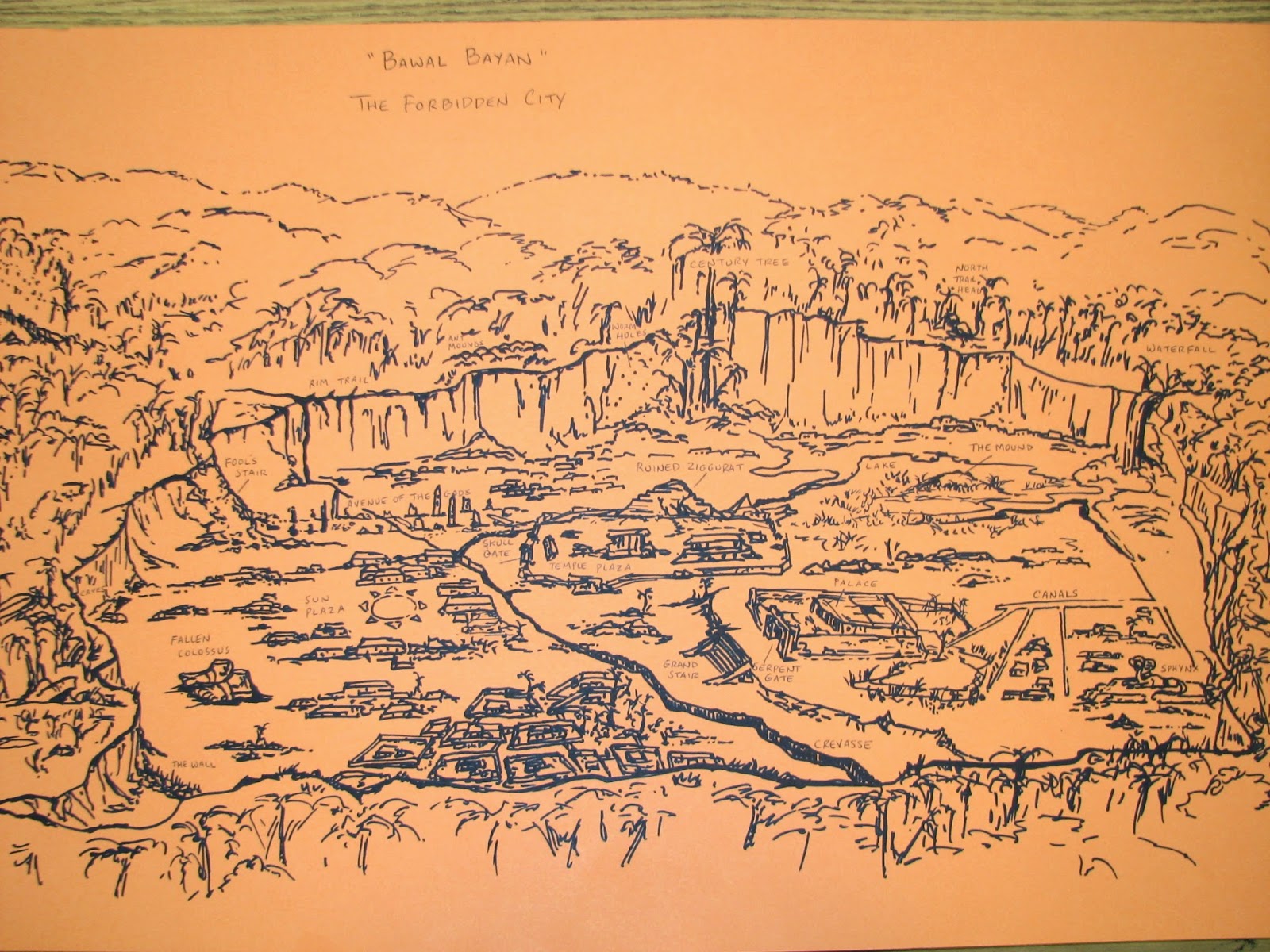 "Look at the map.  This is the stockade.  What does stockade mean?  Yeah, it can also mean a simple fort surrounded by wooden walls.  This is the base camp for explorers.  It's where you start and is also where you can come to rest and get resupplied.  See the crater?  What's down in it?  What else do you see?  That's right -- the natives call it 'Bawal Bayan' -- that means the 'Forbidden City'.  What is all around the crater?  That's right, it's surrounded by jungle!"

I started them off at the mouth of the Black Canyon and mentioned that it was the main way to get down into the crater, though there may be others ... the mission: find treasure and live long enough to get it back out.

In Dagger dwarves detect secret doors merely by proximity, so right away I revealed that behind some thick vines, north of the canyon mouth, there was a second, much narrower tunnel.

"Okay, so your basic options are to explore the main tunnel, explore the northern tunnel, hang back and wait to see what happens, or do something else."

Students were instructed to write out their orders on a post-it (they had to use complete sentences with proper punctuation and capitalization!), attach their post-it to their character sheet, and deliver their sheets to me.  Whoever got their orders in first would act first in the coming turn!

A mad scramble ensued.  I had intended to set a timer for 4 minutes to give students time to get their orders in, but in each case all 23 kids had their orders submitted in about 90 seconds!

After all the orders were in I would adjudicate each character's actions, usually including a snippet of narration or allowing them to re-position their characters on the Smartboard / tactical map.

At the end of the turn, I'd give another snippet of narration and outline two or three of the more obvious choices.

In short order about half of the party plunged down the northern tunnel where they immediately encountered a Yellow Musk Creeper and three Yellow Musk Zombies! 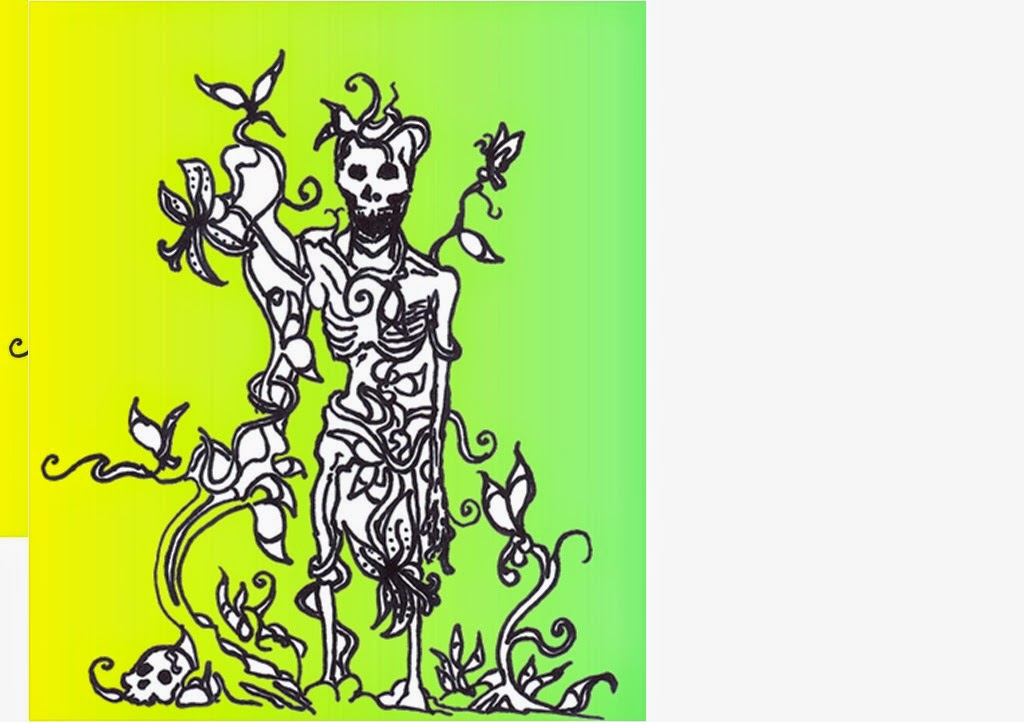 The lead dwarf got a face full of Creeper Pollen, failed a saving throw, began streaming bright mucous from his eyes and nose, and collapsed to the tunnel floor ... an awed silence followed ... "So, he's dead?  Just like that?"  A quick healing spell by an elf saved the dwarf's life, but there was the sudden, delighted sense that we would be playing this game for keeps!  After the creeper vines were slashed and burned and the zombies pounded into oblivion the northern crew blundered into a pit trap (another wounded dwarf) and found their way to where their tunnel rejoined the main canyon.

Meanwhile, in the main tunnel another dozen or so explorers found their way to a deep pool where several fragile-looking reed boats were moored.  A brave wizard and her dwarf side-kick bravely boarded a boat and paddled ahead while the others scouted along the shoreline to investigate some ripples and soft splashing sounds. Several fierce crocodiles were discovered, but a volley of arrows and magic missiles soon slew one and wounded another.

7. Wrap up and Analysis:

In about 50 min we took four complete turns and the students submitted orders for a fifth turn.  Each turn went a bit faster as we went along.  At the end I asked the students to write me a short paragraph answering these questions:

All 23 said that they wanted to play again next class (I want to "continue and see what happens.").

The main feedback, not too surprisingly, was that they wished the game could move faster (9 students mentioned this).  Some suggested having fewer players to speed things up, but weren't willing to step aside themselves.  Others wanted more monsters to fight, one even requesting a dragon!