Recently the party was ambushed by a pack of goblins (led by goblin PC Ted to the very outskirts of Phandalin).  The group scattered as some characters fled, others surrendered, and at least one befriended the goblins (we're obviously still working on the concept of teamwork).

Rather than start the next session with a party split three-ways (and less on-camera time for everyone) I tried something new:

DM: "You escaped from the goblins and the party has reassembled, but those who were captured went through such a terrible ordeal that they still suffer flashbacks.

At any time this session you might suffer a flashback.  You then have to narrate a brief scene from the grisly story about your character's harrowing escape, or suffer disadvantage on your next die-roll.

Oh, and if you story is completely lame you'll still suffer disadvantage." I don't know which OSR guru I was channeling when I came up with this, but I really like it!  The players get narrative control as well as choices, and we can come back to the flashback story line as often as we want.  It's a cool way to change pace mid-scene too.

For example, as a result of a couple flashbacks, we learned that to escape from the goblins, the (wooden) halfling had to crawl inside the overlooked carcass of a deer to hide, before struggling free in some hideous parody of birth, only to tumble down a slope headfirst in the dark and into the frigid grip of a nearby stream ... not a bad bit of extemporaneous narration for a middle schooler!

1. the adventuring group recruits replacement members
2. they trek out to Thundertree or the Cragmaw hideout
3. they fight an inconclusive combat
4. they retreat back to Phandalin and promptly gets chased out of town by the Redbrands 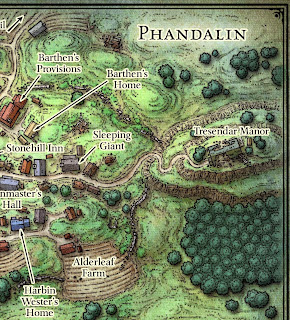 Fear of casualties and a tactical indecisiveness combine to keep the characters (usually 5-7 per session) from ever striking a decisive blow against their enemies.

For example, in a recent affray with some hobgoblins, two characters fought, one surrendered, and two mainly just watched things unfold rather than commit to a particular plan or side!

Too I've noticed that the group has gotten into the habit of lengthy, circular debates when deciding where to next seek their fortunes.

I've instituted a fool proof solution to address this absence of leadership: "The Owlbear Tracker"

DM: "As you know, the wilderness around Phandalin is prowled by an unusually large number of owlbears.  Travelers who linger too long on the trail run the risk of attracting them." [sets a six-sider on the table, turned to number six] 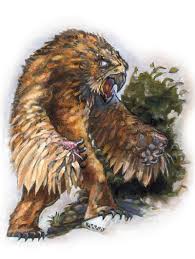 As the players debate where to go and what to do next, when they veer too far off topic or begin a circular argument, the die is flipped so that the next lower number shows ... counting down to the appearance of a ravening owlbear!

Blatantly manipulative?  Yes!  But I'm not attempting to conceal it of course.

The Results?  My band of outlaw hooligans are now reaching consensus more quickly than ever and we can get the game rolling forward to the next location and encounter.

I wonder what other narrative gimmicks I could tack on to help things move along and to foster player engagement?

Posted by Jarrett Perdue at Thursday, April 30, 2015 No comments:

As some readers know, I've been slowly cooking away on my home-brew, all-wizard role-playing game, occasionally adding a pinch of this and that, with a vague idea of producing something fit for print-on-demand one of these days.

I began fiddling with what would become Olde School Wizardry in 2002, pushing around some ideas for an extended B/X D&D campaign featuring only 1st level magic-users (one spell per day!).

Remodeling a home, switching careers, and starting a family intervened however, and my idea for a campaign was shelved along with these others:


Around 2009 life started to quiet down a little, so naturally I went and got a master's degree, but after that, with the encouragement of some friends, we began to play what has become Olde School Wizardry about twice a month for the last five years or so.

Now, when I'm not designing mini games to run at school, teaching, walking the dog, or running/planning for one of my four current D&D campaigns, I'm steadily spilling electronic ink, with a goal of completing a first full draft of Olde School Wizardry by the end of this summer.

Here is an excerpt from Chapter 6: Campaign & Setting

MAGICAL EDUCATION
Wizards are, as a rule, keenly jealous of their accumulated arcane knowledge.  It is, after all, what sets them apart from the masses of “unschooled” artisans and craftsmen.  For this reason, many wizards decline to take on an assistant or, if they do, it is merely to have someone available to carry the Quintessence cost of invoking Runes or applying a few basic Formulae while the wizard himself pursues the perfection of his Science.  Therefore, rather than receiving much instruction, the assistant is often left to pick things up on his own.

A true apprenticeship is rare and many times will only begin when the senior wizard has begun to feel the end of his life approaching.  In these cases, instruction tends to be a muddled, half-finished affair in which the younger wizard gets what is, at best, a partial education in the Sciences that granted his mentor such prestige.

Finally, many wizards choose to take their arcane knowledge with them to the grave, in hopes of preserving their reputation as masters of the esoteric.  Rather than be collected and organized by agents of the Estates Arcanum, or pillaged by ambitious apprentices, many a wizard’s library is intentionally destroyed by carefully prepared spells, triggered to activate upon the moment of his death.

I can't say where this project will go in the end -- perhaps no farther than the circle of gamers who gather in my home -- but I believe that being able to step back and look at something that I've crafted with help and encouragement from friends will be tremendously satisfying.

Posted by Jarrett Perdue at Thursday, April 23, 2015 No comments:

Journey to the Rock: Homeguard Campaign 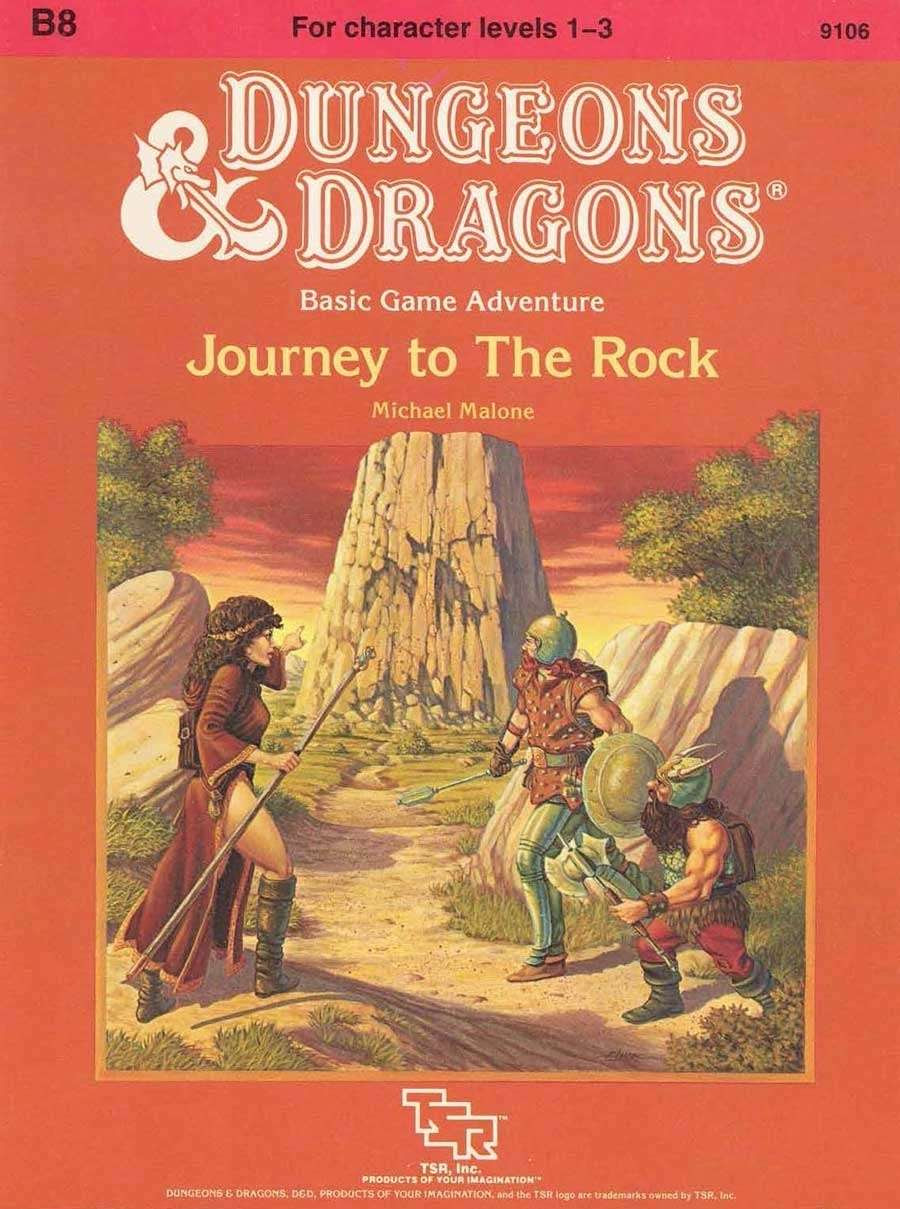 As a classic TSR era module, I've never been particularly impressed with the adventure B8 - Journey to the Rock.  Oh sure, it had some sweet Larry Elmore cover art, but the hook and back story are long, clunky and frankly have no real impact on actual play.  The scenario reads like a railroad / tournament module, leaving the (arbitrary) options presented to players feeling a bit like a dressed up Choose Your Own Adventure book.

Gus, at Dungeon of Signs, wrote a really thorough review of the module for those who might be interested.

The boys at Something Awful also do a nice send up / walk through of B8 in their own unique style.

The setting is jumbled too: a desert right beside an elf-patrolled forest; a raging river (flowing through the desert) and a giant metallic city that nobody ever dares to visit.

Taken together, these weird elements had almost the feel of the bizarre setting from the 1980s Dungeons and Dragons cartoon ... not a bad thing in and of itself ... just strange, specific, and pretty darned difficult to fit into an existing campaign.

The real beauty of this module didn't really occur to me until I actually started running the scenario.

The single paragraph vignettes for the "optional encounters" really turned out to be gems that I found myself riffing off of effortlessly -- a fighter-turned hermit driven mad by an encounter with a vampire; an abandoned goblin camp; a crossbow-equipped dwarven patrol out hunting for the goblins; an ogre who wears stag antlers on his head -- each of the encounters is mechanically simple and stays within the rules structure of the old basic set, but has small creative embellishments that make it memorable.

So as my players smashed through a flock of harpies and showed ruthless professionalism as they hit an ogre at maximum range with a Sleep spell (when it failed to succumb, a Light spell to the eyes blinded the vicious oaf and they wasted little time falling back and peppering it with arrows until it dropped), I reflected that a really sweet product would be a dozen pages of these short, distinctive, vignette encounters along with some artwork or pullout maps and clues to share with the players.

Has anyone seen a product along these lines?
What type of writing do you find it the easiest to riff off of when running games?
Posted by Jarrett Perdue at Sunday, April 12, 2015 No comments:

The Trouble with Goblins (Lost Mines of Phandelver cont.)

The four survivors of the green dragon of Thundertree limped back to Phandalin, but not for long, because trouble was still brewing in that unhappy hamlet and they fled before the Redbrands could arrange to ambush them, pausing only long enough to recruit a dwarven fighter into their ranks.


Though the dwarf was extremely leery of keeping company with a goblin, an elf, and a wooden halfling, nevertheless they struck out again for the Cragmaw Hideout, they hoped to best the bullywugs and score a little quick loot.

When trailed by some wolves, part of the same pack that briefly followed the sadly deceased "Frodo Wolflord," the wizard used Prestidigitation to conjure the acrid smell of burning hair, thus cleverly keeping the predators at bay.

With Ted the goblin in the lead, they were surprised to find a row of the frog-creatures spitted on stakes outside the cave. 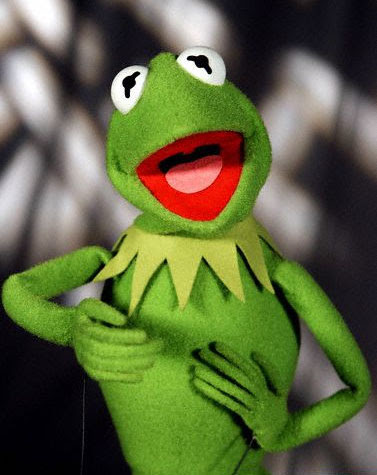 Nosing a little further into his old home, Ted encountered a goblin lookout: As the lookout scrambled to go find help, an impromptu plan cast the dwarf as Ted's "captive" with the elf, halfling, and wizard waiting in ambush.


A pair of huge, armored hobgoblins marched down to take charge of the prisoner and, seeing that the dwarf was still armed, they drew their weapons ... and here's where Ted got a bit ... confused ... and started laying into the dwarf with his shovel!

Despite a couple volleys from the rest of the party in the bushes, the dwarf was soon subdued, trussed up, and the goblins, including Ted, went marching back up the tunnel in quick order.

Having suddenly lost two party members, the others had no stomach for trying to plunge into the tunnel in pursuit and they decided to give the dwarf up for lost!

As the poor dwarf received harsh treatment in preparation for being dragged off to Cragmaw Castle, Ted found himself being promoted by the goblins of his former tribe! 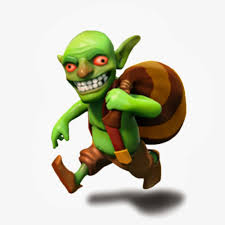 Now at the head of a squad of goblins, Ted headed back out with orders to trail the party and report back to the Cragmaw goblins when the adventurers made camp so that an ambush could be arranged.

I normally just prohibit in-party fighting as a matter of course ... it just doesn't go anywhere worthwhile for the middle school crowd ... but in Ted's case I was willing to make an exception.  He was, after all, a goblin ... and if the party decides to follow a goblin into its own lair, well ... shouldn't they expect a bit of treachery?  And truthfully, it isn't even as if Ted's player planned any betrayal, he just did what seemed natural moment-by-moment.

So after spring break we'll have to see how this all plays out -- I continue to be shocked by the amount of play that we are getting out of this single adventure!

Posted by Jarrett Perdue at Wednesday, April 08, 2015 No comments: