A Cleric Without "Spells"

Recently, while one of my "Homeguard" players finished up a Castle Greyhawk adventure that I tied into UK module "The Gauntlet," the other took a break from regular fare to play "Howls in the Night," a 1994 Ravenloft stand-alone module that takes its inspiration from The Hound of the Baskervilles.

It aims to be primarily investigative and social, not unlike a Call of Cthulhu scenario, but feels the obligation to throw in a series of combat encounters about 2/3rds of the way in ... presumably because players would be getting antsy to kick some butt by that point.


My solo player whipped up three second or third level characters in a couple minutes on a few index cards--a thief, a fighter, and a cleric.

I don't particularly care for the cleric class outside of a vampire hunter roll, and I find that if I place the Cure Light Wounds and Turn Undead as spells on the Magic-User list, that clerics seldom get played, but since this was Ravenloft it fit nicely. 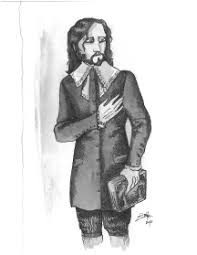 As an experiment, to support the tone of the setting (which was much more Elizabethan than mediaeval), rather than have the cleric choose spells from a list, we just asserted that she could seek divine favor from time to time.  The player wouldn't be able to specify the effects, but this would work as an opportunity to "invoke DM fiat."  The cleric wouldn't always be able to tell what the effect was or even if her pleas had been heard, but the effects would generally be subtle and would approximate the impact / power level of 1st level clerical magic.

We found that this worked very satisfactorily for this setting and storyline, and since any mechanical effects were handled  strictly by the DM, it created uncertainty that complimented the tone.

Pre-prepared clerical magic has often struck me as odd ... the priest will decide eight hours in advance, apart from any context, what divine miracle she is going to require?

A while back, I got into a conversation with one of my Olde School Wizardry players about how remote communication works in our campaign world.  He had a couple ideas for how his wizard might create magical ear-pieces for profit.  To assist, I sketched out how tele-communication worked using the rules of our homebrew system, so he could devise improved and alternate methods. Some of that content follows, mainly so that it isn't just floating around in my gmail but here where I can find it!

The Olde School establishment tends to value tradition over innovation and it's only the young bucks trying to earn prestige by developing new Sciences and Formulae who are motivated to innovate, and even then the innovation isn't really about practical application, merely about doing something new.

Traditional, arcane tele-communication is probably accomplished most often through one of two methods:

A. A Muttering Stone ("mussare-lith?"): Enchant, Science [Stone, Wood, Cheese, etc.], no Spatial, Shadow of Lurrock, Thaumic = something similar to Rice's Discord (which repeats sounds), but this allowing the caster to hear as if his ear was located where the spell's focus is.  The object goes into a thin, sealed box and gets exchanged with another wizard who has done likewise.  This is funny because the box of course muffles the sound somewhat so both users need to speak LOUDLY and slowly.  Miscommunication is frequent.  Storing the box is inconvenient because of privacy and the potential to annoy the fellow on the other end with random, muffled sounds at all hours. 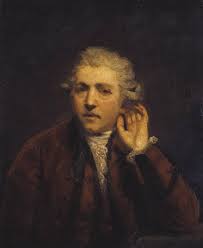 B. Sound is an established Science.  Along with Gonfur's Circle, or something similar, one could Conjure the Sounds from a particular area at a pre-established time.  The communication is uni-directional of course.  Two circles laid out side-by-side could allow for a sort of telegraph/hopscotch.
Speech, in the backwards world of Olde School Wizardry, is considered to have less gravitas than the written word (which can be chosen with great care, repeated without alteration, and which can grant the wizard a sort of immortality).  Much tele-communication then depends on print.  A writing tablet made of Science X is carefully handled and marked by wizards within that School.  Spatial Formula, Gore's Sigil of Choice, is applied and the wizards can now Conjure that item back and forth between themselves at will, making a sort of chain letter.  Punk, neophyte wizards who have only very shabby Temporal Formulae end up having less bandwidth of course.

Stone Tooth, to help in the crafting of magical charms, is a pretty good application of magic and those who hold the proper licenses from the Estates Arcanum to manufacture and sell them do a brisk business (as do counterfeiters).  The average peasant cannot afford one and has to take his chances.  The average nobleman has his own wizard on retainer to put broader spells of Warding and Restoration on things and seldom has interest unless they are rendered with particular attention to fashion and artistry (a brocade hem to a tunic festooned with a rainbow of Enchanted gemstones for instance).  Consumers, therefore, tend to be members of the small (but growing) middle class ... merchants, professional soldiers of a certain type, ship captains, and wizards.  Any wizard can counter these amulets and charms (Spellcraft, Minor Temporal Tweaker), so anyone likely to run afoul of a wizard (or an enemy employing one) may as well save his coin. 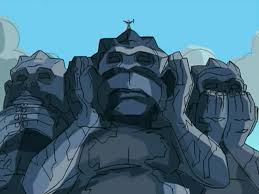 The alternate idea of using portal-magery to Conjure or broadcast sounds directly into the "portal" of a person's ear-canal (with or without that person's permission/knowledge) is complicated, funny, and a very good idea.  You should definitely try it.
Posted by Jarrett Perdue at Sunday, May 20, 2018 No comments:

I really enjoy published modules -- even the real rotters.  I can almost always find a way to springboard off of a premise or stitch together scenarios by having NPCs pull double duty as recurring enemies, foils, or allies.  After finishing a scenario this weekend, I decided to make a list of what I've played with my daughters in our "Homeguard" B/X D&D campaign over the last five years ... it's quite a run!

This weekend three beloved characters finally hit level 7--quite an accomplishment!
I should mention that each of my players maintains a stable of PCs, so not every character goes on every adventure.  Often "The Golden Dragons" are scattered across hundreds of miles or even across different worlds, chasing down separate leads.

Also, while I don't use level drain for undead (I find that it interrupts play in a way that's anticlimactic--I use permanent hit point loss instead), I do use a house rule that a PC raised from the dead returns one level lower than she was before ... meaning that 1st level characters can be brought back, but that their careers are over and that "Normal Man" types cannot be raised at all.  Obviously this approach slows advancement too.


In addition to this list, we play many other one-shots and homebrew adventures that aren't part of this campaign.  For example, Stonehell: Down Night Haunted Halls, Master of the Desert Nomads, and Temple of Death.  Our play ranges outside of D&D too of course ... White Star, Star Frontiers, Gamma World (2e), Advanced Marvel Super Heroes, Call of Cthulhu (1890s), and even some Gangbusters have all made entertaining palette cleansers and diversions along the way!
Posted by Jarrett Perdue at Wednesday, May 16, 2018 No comments: