Another Big Day for OSW

Here in the hallowed halls of The Collegium Mysterium, we are celebrating another momentous day ...
Olde School Wizardry: The Nine Ancient Runes of Magic is now available for general sales both as a pdf and as a print-on-demand hardback.
Print-on-demand
pdf
If you missed our initial Kickstarter offering or have enjoyed cuddling with your own copy of our chunky tome and want to share that love with your friends, the hour is at hand.  They can now order their very own!
In addition, Josh and I have put some oft-put-upon practicum students to work developing player resources for your table. 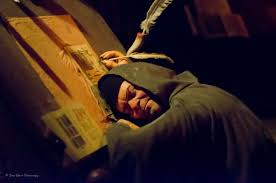 These now include:
* pdf character sheets (both original and fillable)
* Dervigg's Fantastic Formula Manager: a handy spreadsheet for looking up Magical Formulae
* Meestan Meep's Astonishingly Precise Cartography: a map of the Grand Duchy of Walvia and neighboring nations
These resources are available HERE
We are also inviting those interested in Olde School Wizardry to join us on Facebook at Olde School Wizardry or on Discord at Fearsome Games.
See you there!
Posted by Jarrett Perdue at Monday, March 01, 2021 2 comments: 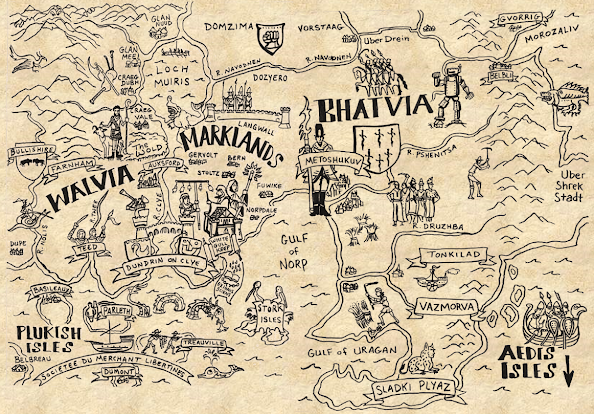 Over on the Fearsome Games Discord channel , a patron asked if we could put the Olde School Wizardry campaign world map up as a pdf for reference.  Josh jumped right on it and added the map to our growing list of online player resources.

Truthfully, however, the request left me a little puzzled.  The campaign world of Olde School Wizardry is *implied* through the text of the book ... not exhaustively detailed.  The Collegium Mysterium can be dropped into any fantasy world (and indeed, establishing satellite campuses across far flung continents or worlds has made up a lot of the action at my table these past eight years or so).

Likewise, The Estates Arcanum, student houses, and secret societies are all intended to be quite modular.  Use the bits that inspire you; ignore the rest!

This approach to modularity and light sketches of an implied world (vs any sort of heavy-handed "canon") really came over into the short sections of the book devoted to The Grand Duchy of Walvia, The Marklands, Bhatvia, etc.

In developing these brief (but hopefully evocative) descriptions, I leaned heavily on the example provided by David "Zeb" Cook and Tom Moldvay in the X1: The Isle of Dread. 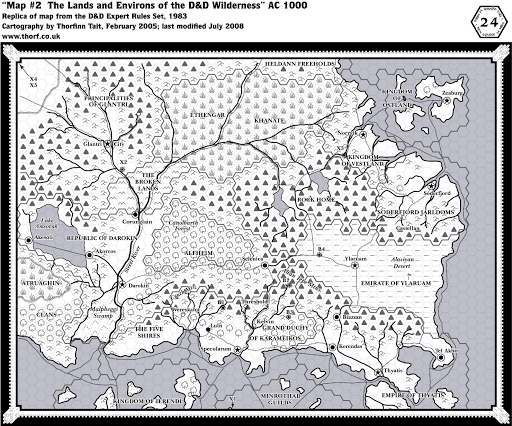 There the brief sketches of the regions of "The Known World" functioned just as intended: to give the GM a springboard into developing her own histories, peoples, conflicts, and adventures.

I know there's a LOT of love for the much more detailed "World of Mystara" that would be developed into thousands of pages, published, and sold to eager fans who yearned for a "completest" expose of their favorite fantasy world .... but for my money, the single paragraph blurbs that serve to inspire rather than saddle the GM under "official lore" are far superior.

I hope that Olde School Wizardry's light treatment of the campaign world can walk in those same footsteps!

Recently Josh and I were interviewed by Dan "The GMshoe" Davenport of Randomworlds.

Dan does a great job sniffing out new, indie tabletop games and giving writers and artists a platform from which to talk about their projects.

Check out a transcript of our interview on his blog here:

The Olde School Wizardry Kickstarter concludes January 7th, so any folks still on the fence have until then to get in on the discounted rate.

"Olde School Wizardry" has been called by that title since we started playing more than eight years ago.

However, when we began thinking about sharing our rules for cooperative casting and fully customized spells (range, duration, and effect) with the broader community, I had some doubts.
By that point, I had become aware of a now-familiar movement in tabletop roleplaying games called the "OSR" (for "old school Renaissance" or "old school revival"). I appreciated the values and techniques of this philosophy, and Old School Wizardry certainly aligns with them, but the game isn't a full emulation of earlier rules sets, instead borrowing ideas from D&D, Marvel Superheroes, King Arthur Pendragon, and completely original ideas of our own.
What's more, OSR games and approaches have just as many critics as fans. Merely by having the words "olde" and "school" in the title of our game, would I be shutting some people out or turning them off before they had time to take a closer look at something very unique and special? 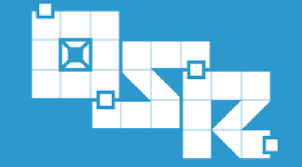 For a while, I flirted with calling it "The Nine Ancient Runes of Magic" for the nine different magical actions that wizards can take to initiate spells (Destroy, Enchant, Ward, etc.), but I was still attached to the original title for several very good reasons:
OLDE School Wizardry...
...the primary theme of the game's implied setting is that those in power tend to prioritize maintaining control over doing the right thing. Since the PCs are hungry, scrappy neophytes, they are immediately in conflict with the arcane powers that be for access to spells, books, artifacts, and money.
... also baked into the setting is the idea that wizards are usually petty, insecure, and arrogant. Just because the PCs are good at something doesn't mean they'll be picked for the job by prideful superiors ... they'll have to flatter and bargain. "Olde", with an "E", is pretentious and silly ... just like wizards.
... the game is influenced by Tom Moldvay's 1981 Basic Dungeons & Dragons. There are six stats, rolled in order, using 3d6. D20s are used for physical combat and spell mishaps, but not for the far more central spell casting system. A game that's four decades old *is* a bit venerable.
... all player characters are human, but there are other species in the wide world. One of these is the Auld--blessedly rare--they are as bewitchingly beautiful as they are cruel. The word "Auld" (old), though long familiar, pressed itself into my imagination after reading "Auld Lang Syne: The Story of Robert Burns" a children's book by Findon and Nasmith. Nasmith's ghostly images, spectral yet appealing, captured the feel of these otherworldly strangers. Olde SCHOOL Wizardry...
... Of the 300+ pages of campaign material offered to the GM to take or leave as she wishes, a healthy section describes the structure and doings of The Collegium Mysterium, that most ancient school for wizards. PCs can choose which student house they are affiliated with and the GM will find plenty of plot hooks here as the young wizards try to pay off debts, return favors, or work with fellow alumni.
... as a public school teacher, I've been in institutions of learning, as a student or instructor, for over 30 years. My sense of how organizations do (or don't) work and how groups of well-educated humans behave when they take on problems has informed game mechanics for both dueling and determining a wizard's relative prestige as he competes peers for scant resources.
Olde School WIZARDRY ...
King Arthur Pendragon is one of the best RPGs ever printed. It's not because of the game's organization or choice of setting, but because it accomplishes what it sets out to do so very well: namely, to emulate at the table one very specific literary genre. Like a Zen archer, it does one task with staggering precision. That approach inspired me to make Olde School Wizardry be about one thing: inexperienced wizards battling the odds. To that end, rules and systems for things like hand-to-hand combat or climbing ropes are brief (almost perfunctory). On the other hand, within the 60 pages of basic rules, systems for composing arcane texts, seizing control of another wizard's spell, or working as a team to craft a potent Enchantment are far more developed. 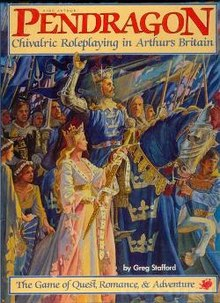 So, as my friend and play tester Russ Wrightson pointed out, putting these factors together really leaves no room for Olde School Wizardry to have any other title!
Posted by Jarrett Perdue at Thursday, December 31, 2020 No comments:

Our Olde School Wizardry Kickstarter has marched onward, reaching over 150 backers.  That's tremendously exciting for Josh and I--the idea that people we've never met in person will find joy and camaraderie through something we've helped create is an amazing feeling.

This week, YouTube content creator and RPG expert Mildra the Monk was kind enough to interview me about Olde School Wizardry: The NIne Ancient Runes of Magic on his channel. 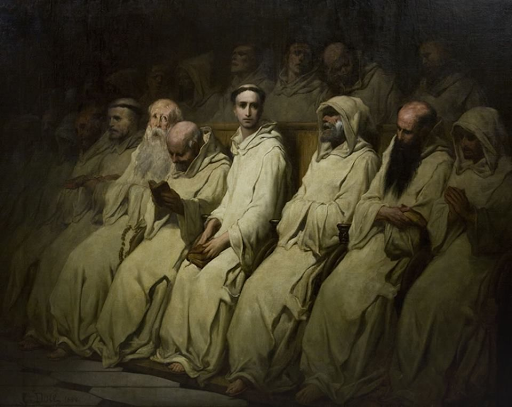 It's the first time that I've ever talked in real-time to someone beyond my immediate circle of family and friends about the game, and I think listeners can get a feel for the heartbeat of the game. 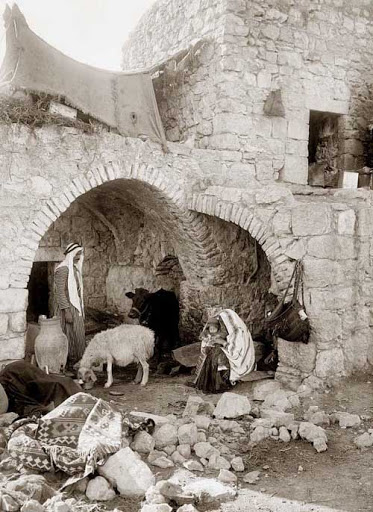 Posted by Jarrett Perdue at Saturday, December 26, 2020 No comments:

My friend J, who was a U.S. Navy veteran and master craftsman, was also a gamer. In fact he introduced me to the boardgame Wiz-War, one of the major influences on Olde School Wizardry. 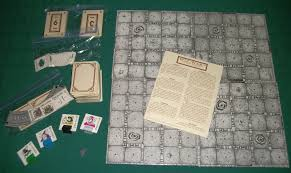 When J died unexpectedly in 2008, his friends decided to honor his memory by gathering for an annual weekend of games, food, and friendship so that we could remember him, swap stories, laugh, and stay in touch with each other.
At one of these gatherings, Russ Wrightson, another man remarkable for his generosity, intelligence, and patience, stood in the driveway at about 2 A.M. while I pitched the idea of playing a RPG that focused solely on the antics of incompetent, adept wizards. Amid all the fancy Euro board games and gorgeously painted miniatures, would anybody even be interested in some old school pencil and paper role playing? 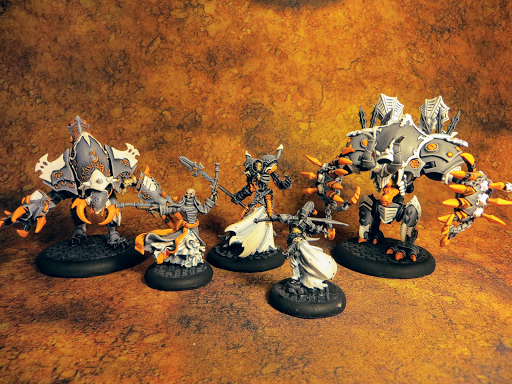 Life, a new career as a teacher, and two little kids at home had really crowded table top gaming out of my life to the point that it was only for special occasions or rare gatherings. I felt the absence keenly, but would other people be willing to commit the time?
Russ's advice: "Go for it." If I made the effort to prep a campaign, he'd be in.
Last night we met for our 200th session of Olde School Wizardry: The Nine Ancient Runes of Magic.
That's a considerable milestone ... consider that we play about 25 times per year for an average of four hours ... through job changes, moves, deaths, and new relationships, this game has remained a way to love, laugh, tell jokes, think through puzzles, and stay connected to each other.
This week Olde School Wizardry went live on Kickstarter, funded, and has received backing from over 70 supporters ...  60% of whom are people with whom Josh and I don't yet share any connection beyond a love of gaming.
It's my hope, as this project moves out into the wider world, that it will draw other folks together and help them laugh, tell corny jokes, and stay connected to one another.
Posted by Jarrett Perdue at Saturday, December 19, 2020 No comments: