OSW: Escape from the Moon!

Trapped in a lunar dream-broadcasting station with frigid cold outside and an incarnated nightmare stalking the station's halls, the cadre of wizards in our long-running Olde School Wizardry game were in desperate need of a plan!


How to cross the hundred yard or so of icy, barren terrain, surviving the thin, bitter air long enough to reach the inactive portal generator, somehow power it up, and escape the moon while carrying the ancient sedan chair that they had come here to recover?

My players came up with The Amazing Thirteen Step Plan of Maximum Excellence:

1. Magically restore vision to Dwitemore Vart, the moderately deranged Fog wizard who was recently struck blind by drinking "soul-juice" and being exposed to psychic emanations from the moon.  None of the wizards actually have the proper magical Formula for restoring sight ... but they figure that if they keep wildcasting the Restore Rune, they'll eventually fix something.

2. Create food.  Food has been in short supply on the moon, and their wicked elven foes only consume protein-paste in small quantities, so this is beginning to become a serious problem.  Fortunately, one of the wizards has Flesh Science, so magically creating enough to sustain them shouldn't be too much of an issue as long as no one gets squeamish. 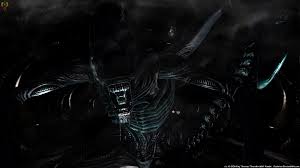 3. Barricade the tube-halls inside the dream station so that the nightmare doesn't catch them.  Okay, this just seems like a bad idea.  As Midmir the Pale pointed out to his fellow wizards, "Building a barricade virtually ensures that the nightmare will either break through or that we'll find out that it was actually in here with us the whole time--that's what happens in nightmares!"  Still, this step made the list.

4. Magically create a pocket of breathable air inside the bubble cart docked on the far side of the dream station.

5. Send Xo the Mutant, a wicked, psychic elf who has betrayed his own kind and thrown in with the wizards (for now), out onto the lunar surface to board the bubble cart, patch the crack in its bubble with his magical poncho, chop up the vat giant corpse that is obstructing the controls with his vibro epee, and pilot the bubble cart around to the near side of the station.  Everyone feels confident that if Xo could reactivate the portal generator himself, he would abandon the wizards at this point, so they are counting on his incompetence to some degree ... a fact he knows quite well ... because he's psychic.


6. Apply the (forbidden) "leechmark" formula to the "neurodent," a super-smart ganglia-festooned mouse, magically created in an early episode.  Mooreshank Whine hopes that, if he can mark the little beast, he will be able to draw considerable quintessence from it to power his spells.  The fact that the neurodent appears to be smarter than he is, and probably sees this move coming, has not dissuaded him in the least.

7. Get clothing.  Owing their recent adventures, half of the party of wizards is now clad in rags and loincloths rather than proper robes or anything else warm enough to help them survive the moon's surface.  Nobody knows cloth science, so this could be tricky.

8. Xo the Mutant cuts open the metallic wall of the dream station using his vibro epee so that the ancient, land-whale scrimshaw sedan chair can be removed (it won't fit through the station's exterior hatch).  Once he cuts the wall open, the warm, pressurized air will start rushing out of course, so they'll need to move quickly after this point.

9. Use dream-transmission cables to lash the sedan chair to the bubble cart so it can be dragged to the portal generator.  This step seems strangely practical and doesn't involve casting a spell, so it seems likely to be stricken from the list at some point.

10. Magically create a metal dome or tubeway to trap additional breathable air on the lunar surface. This step felt a bit vague.  Sure, Quistram Ulp knows metal science, but the strain of generating enough to form some kind of dome would probably blow the left side of his brain all over the nearest wall.

11. Magically create additional time to get the portal generator reprogrammed more rapidly, before the wizards can freeze.  One of the wizards knows a little Chronomancy ... just enough to get into trouble with. 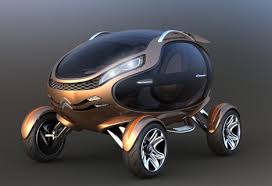 12. Use orgone energy from the bubble cart, combined with the wizards' own quintessence to reactivate the inert portal generator.  This operation is strictly hypothetical ... they've never done anything like it and don't even know if it is possible.  Fortunately Mooreshank Whine's primary area of expertise is in "luck science," so he just fumbles his way through this type of operation routinely.

What could possibly go wrong?

Olde School Wizardry is written to encourage exactly this kind of madcap, swingy, creativity that plays out a bit like a British comic-caper (the word "fiasco" comes to mind), and the rules-lite format encourage it.

I wonder, do other folks enjoy this style of play, or does my group just have fairly unique tastes among role-players?
Posted by Jarrett Perdue at Wednesday, November 22, 2017 No comments:

Though I seldom post about it here, my homebrew, all-wizard RPG, "Olde School Wizardry" is coming up on session #115 this week.

I've found very few things more satisfying than managing a roleplaying campaign that has its own legs and momentum.

Following a few sessions spent with Chris Kutalik's amazing Misty Isles of the Eld by Hydra Cooperative, which integrated with disturbing ease into our existing campaign (basically all I did was move it to the moon), I sent my players the following teaser:

Luminous, lunar mist lends a persistent, chalky haze to the surface of the moon, but about every 700 hours the mists "fall," leaving the lunar surface clothed in frigid, naked darkness.

Since the moonquake marking the release of Luna, the moon's captive elemental spirit, from the cruel clutches of Zifthhpf the Usurper, most sources of shelter near Monument Five, her stark, floating prison, have collapsed.

Now as the icy shadows of lunar mistfall grip the moon's surface, the wizards must flee, or the moon will become their icy tomb!

Fortunately the wizards have found temporary shelter from the lethal cold within the tubeways and towers of Dream Station Six--a facility for broadcasting frustrating nocturnal signals to the surface of the world below (inspired by Paul Gorman's Faery Ring to Alpha Ari).


The Black Obelisk, a means for jumping between worlds, rests but a stone's throw from the Dream Station, and the wizards have deduced they can harness their own Quintessence to temporarily reactivate the elfin portal generator.  However, the psychosyllabic glyphs scribed upon the stone are both subtle and complex.  Programming the Obelisk properly is a tricky proposition and a miscalculation could strand explorers anywhere.


Station transmission logs, listing psychic "addresses," might help a great deal, but the wizards had better act quickly. An accident has allowed a nightmare to become corporeal, and it stalks the shadows of the station, able to frighten its victims to death!
Posted by Jarrett Perdue at Sunday, October 29, 2017 No comments:

This summer, after a careful look around our Friendly Local Games Stores, I knew that I wanted to offer a 5th edition D&D game in our after school club.  Despite my own preference for older editions, I figured that once my students head off to high school and college, some familiarity with 5e will make it easy for them to jump into any pickup games they encounter.  Also, should some of them be bitten by the bug and decide to teach themselves the full game, 5e can be purchased retail in five different local shops and bookstores.


Though I've run something like 70 sessions of 5e before, some aspects of the system just don't stick with me and I've constantly got to review some bits to stay on track:


To that end I ran my older kid through Lost Mines of Phandelver at home to help me brush up some.  Her quartet of adventurers made swift progress, hitting a few side quests but mainly focusing on locating the Forge of Spells, rescuing various NPCs, and thwarting the Black Spider.

In fact, perhaps because she cut her teeth on B/X D&D, she was adept at avoiding unnecessary combat and focusing on recon, speed, and stealth to achieve her objectives.  She wasn't willing to risk a confrontation with the adventure's final guardian and so, after a brief but polite conversation, she withdrew, leaving the Forge unplundered.

As the school year kicked into gear, this gave me an idea: except for a bugbear boss, rogue wizard "Iarno the Glasstaff," and the Black Spider, all of the named villains made it through to the end of the adventure unscathed.  Instead of rewinding and starting Lost Mines over again, why not just pick up with my new group of players from where we left off?

I started session one with the group, a company of free swords hired by the Lords' Alliance and Sildar Hallwinter (the new townmaster of Phandalin), acting to support the two surviving Rockseeker brothers.

Having at long last discovered its location, the pair of dwarves had all but beggared themselves in order to purchase a charter to reopen Phandelver Mine.  This meant that they had scarce resources left to hire laborers, provisions, and equipment.

The Redbrand gang had left a considerable stock of supplies in their hideout when they were chased out of the ruins of Tressander Manor ... somebody just needed to trek up there and haul them out.

And rumors that the manor was haunted?  Bah.  Probably just cooked up by the Redbrands to keep the townies away.

Drop a furtive ghoul into the northern hallways (gnawing at the bones of slain brigands) and  and voila!  Instant memorable, creepy, first encounter.
It became even more memorable when, once the ghoul had brought down the party's cleric and was dragging him off by the ankles, another emerged from the cistern behind them!

One PC fled, two went down, death checks were passed, and thanks to the presence of two rogues in the party (rogues seem to be the new fighters), both ghouls were vanquished.

Session Two: after his arrest, rebel wizard Iarno Glasstaff had spilled the beans to avoid the gibbet.  Among the information he shared was the fact that he had built a lab under the old manor ... in fact, his books and papers were still there as far as he knew.

Harid, the party's wizard, might profit by getting his hands on some of those books and notes.  Iarno had said something about a creature he called "mad eye," ... but that was probably just to keep profiteers from looting his lab.

The group tangled with the Nothic, and defeated it (just barely), making a third plunge under the manor's ruins to find Iarno's lab.  His old familiar (re-skinned as something much more along the lines of Brown Jenkin) made things interesting, but they got back out with a bit of swag.

Overall I'm feeling good about the plan to simply continue the storyline ... following some threads out and fleshing out others (e.g. orc raiders planning revenge for the defeat of their chief's son or necromancer finds something of interest in the ruins of Old Owl Well).

Because of the novice experience level of my players and the increased mechanical complexity of 5e, however, I'm finding that the pace of the game is much, much slower than what I had anticipated, however.  With 5-6 players at the table, I'm really only getting a couple of encounters in for each 90+ minute chunk of play.

Will that pace hold their interest for the longer term?

Will it hold mine?
Posted by Jarrett Perdue at Saturday, September 30, 2017 No comments: