The Oasis of Death

Over Spring Break I ran a miniatures skirmish for a couple friends via text.  I'd photo the battlefield from various points of view and ask them for orders, handling the actual movement of the miniatures and dice rolling on my end before sending updates.  I intentionally said nothing about the mechanics I used so that the experience would be entirely narrative and rules-blind for the players. 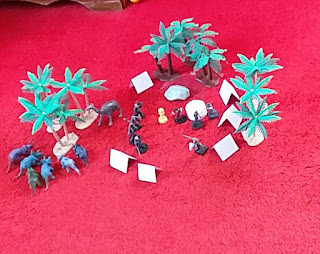 Princess Shirharaz travels the ruby sands of the Desert of Zin, hastening to the side of her beloved Amir. Choosing a route that cuts a great loop off better traveled paths, her party rests their beasts at a small oasis. Had they but known to ask, the Turshan tribesmen of that region would have told tales of why that place was shunned and why it was known as "The Oasis of Death" ... 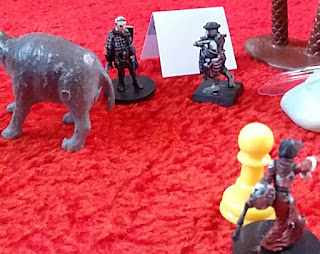 As Shirharaz of the dusky skin paid the proscribed obeisance before the idol of her people's gods, her seven loyal companions exchanged tales of their daring exploits while the sun crawled toward the horizon. 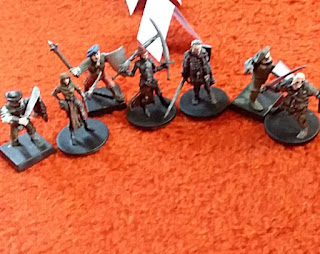 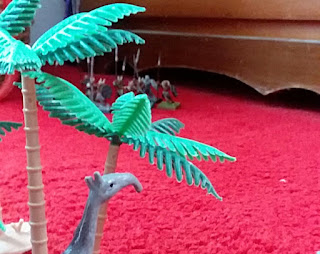 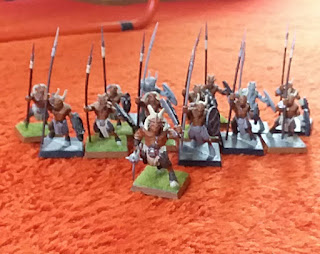 The cruel figures appearing to the west could only be the beastmen of the jackal haunted wastes!  Merciless admixtures of lost travelers and their hapless beasts of burden.

But what's this? A clamour has arisen amid the mirage - clothed dunes to the east!  More attackers approach from that direction!

Though Shirharaz is as lovely as the crescent moon above the twin silver domes of the tomb of the ancient sybils, and though wore she not a three-fold veil, men might find their senses slipping away from them, she's bloody useless in a fight.  She dashes for her tent, her delicate slipper finding an upturned stone! 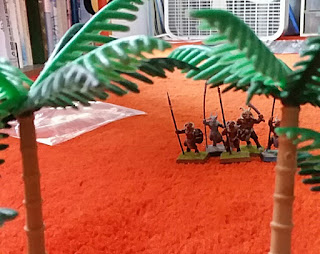 By the dangling dugs of D'thaqu! The northeastern herd of attackers gives up all attempts at stealth and charges! 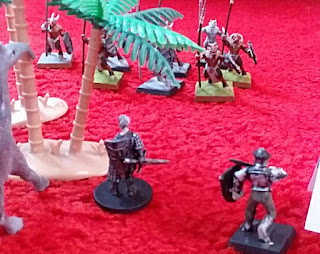 (Looking northeast) "Aw, by the Brass Hells, it was a boring tale anyway." 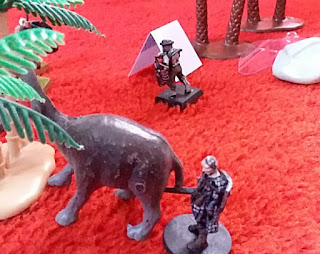 [At this point the human player decided to try and "motivate" one of the group's pack animals by stabbing it in the behind with a sword in hopes that it would panic, charge, and break up the enemy advance.  I made a quick ruling and tossed some dice.] 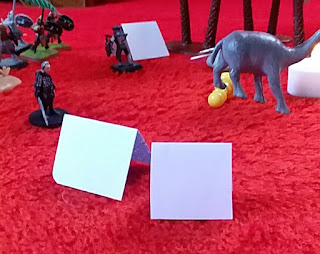 Follet thunders east through the center of the oasis, toppling the idol to the ancient gods! 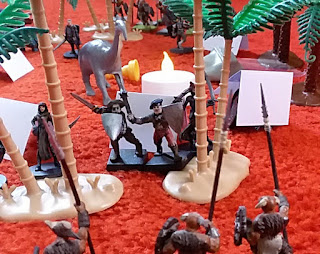 The beastmen on the east side have halted, jeering and clamoring just out of spear reach. 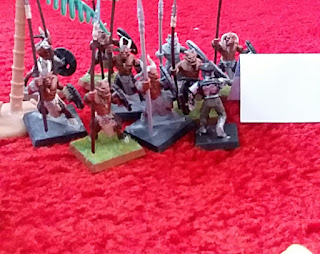 The dam breaks! The northwestern herd crashes into the oasis! 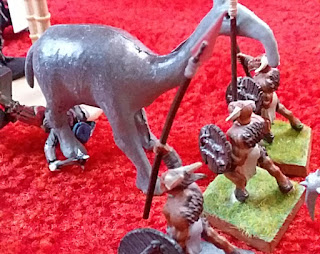 Another companion goes down beneath Follet's flight! 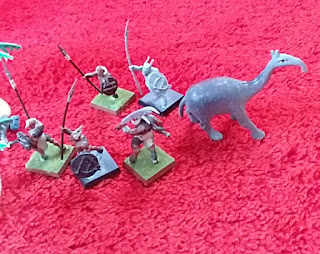 The horrid calls of the eastern creatures seem almost to form garbled words: "It is touched by the horned god!  Let it pass!"


In the wake of Follet's charge, the surviving companions spring forth! One foe is cut down, but the sight of blood on the long spears of the enemy and the mad roaring of a huge "bull" inflame the enemy to madness! 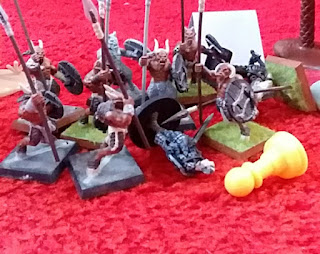 To the west, the old veteran who prodded Follet goes down under the churning hooves of the herd. 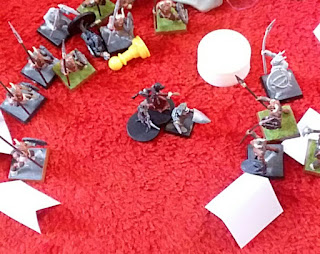 Damn them! Lowering horns and spears, the beastmen make a slow advance from all sides. Even the rage of the ashen [beastmen coated in the gray ashes of cremated herdmates] are tempered by clear and clean victory! 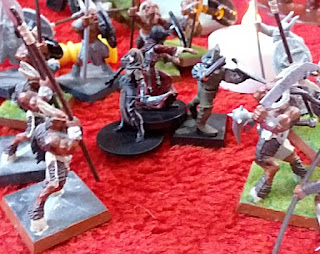 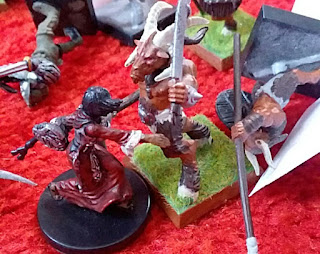 Her companions blood spilled, with a wail, the princess tries to flee the closing ring, only to find herself flung into the reeking embrace of the massive beastman bull! 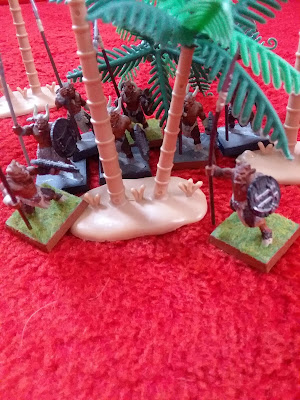 Amid the horrid sounds of ghastly feasting, the sun hides its face from the Oasis of Death. 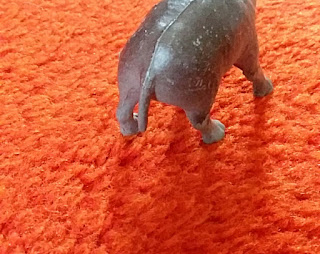 Posted by Jarrett Perdue at Thursday, April 05, 2018 No comments: 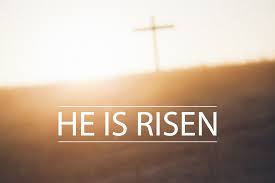 He is risen indeed.
Posted by Jarrett Perdue at Sunday, April 01, 2018 No comments: