This first student-generated dungeon is interesting because of its complexity.  The student seemed to understand that, beyond just the creatures encountered, mapping and navigating the adventure location can be a challenge itself.  The design is more interesting than a first glance might reveal ... 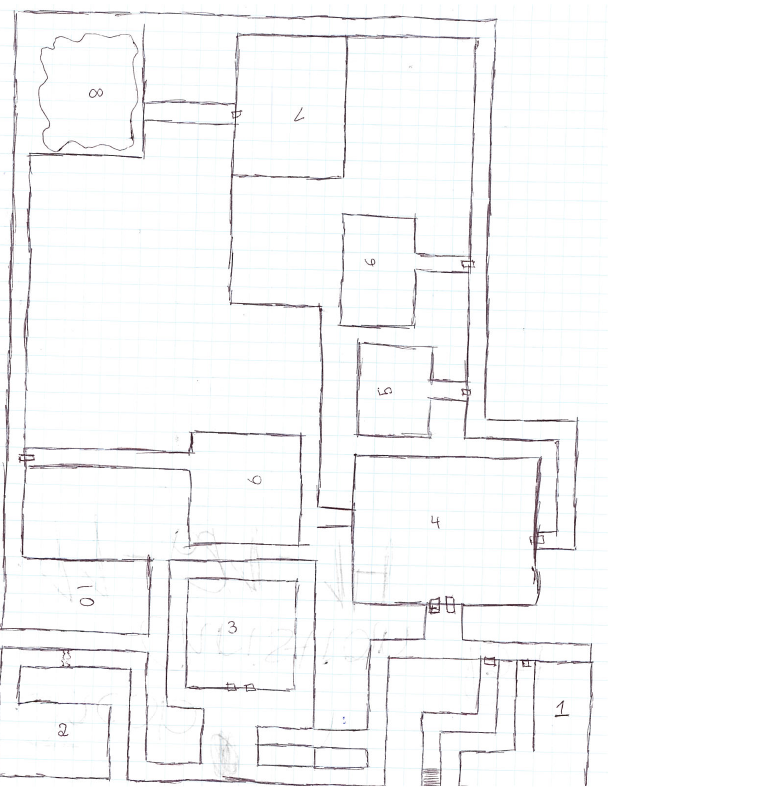 The layout reminds me a little of the upper level of Quasqueton -- a ramble that opens unexpectedly in some places, and folds back in on itself in others.  Then again, there may be a dash of unintentional M.C. Escher as well.  I see how one gets from room 4 to 6, but how do you get from 6 to 7 or 8? 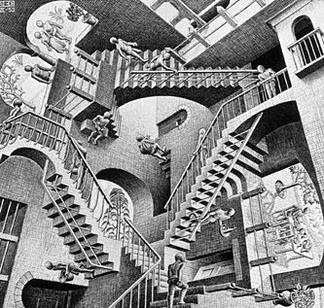 The real fun here is in savagery of the setting is stocked.  Notice that the "canibals" [sic] in area 1 aren't just man-eaters, but possessed man-eaters!  There are two locations listing owlbears, but those pale in comparison to location 8's "poisonous owlbear with wings" and the nearby "possessed halfling king with godly fire powers"! 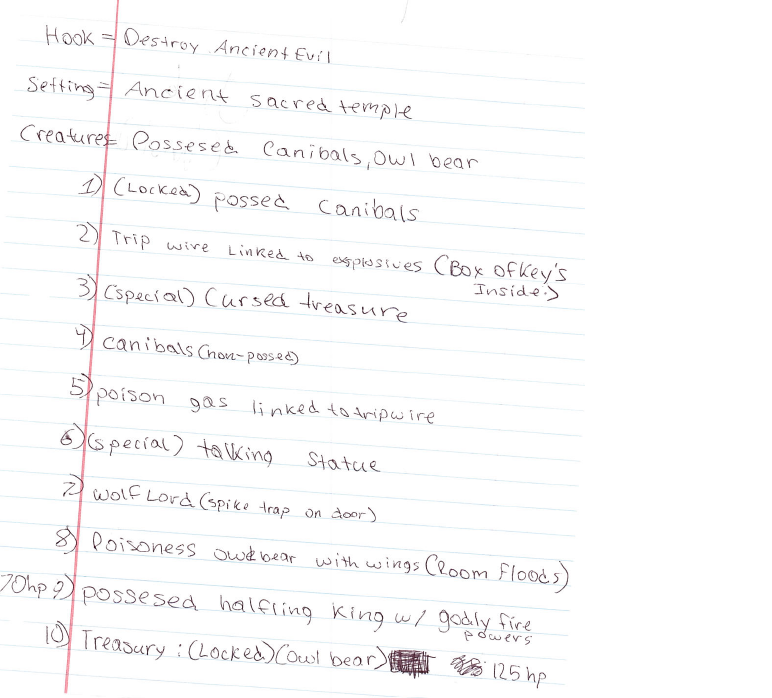 In my world, owlbears were already pretty gonzo, but I remember the class discussion wandering over into strange terrain -- "What bird other than an owl could you mix with a bear?"

I think the dungeon just got a little wilder.