Olde School Wizardry: Return to the Vampire Tower of Death

I don't usually post about the long-running, bi-monthly role-playing campaign that I run with adults but, on a whim, I decided to share a session report.  The game mechanics of Olde School Wizardry are more complex than those I usually play, but since we wrote it ourselves those disadvantages sort of melt away in the face of all the flexibility it offers.  See what you think:


In a recent session of Olde School Wizardry, our homebrew, all-wizard role-playing game, Collegium Mysterium practicum students Pronk, T.Table and A. Wensel were assigned the task of recovering the Arch Chancellor's robes of office from The Vampire Tower of Death, a ruined fortification with an evil reputation, a few days south of the college.

The tower was so named not by the region's highland clansmen, who refer to it by its original name, "Kaamen Buydrov", but by recent emigres to the northern barony of Craeg Vale.

Unfamiliar with local fauna, when caravan oxen were found exsanguinated in the vicinity of this brooding ruin, some of the southern "flatlander" folk jumped to the conclusion that a vampire was to blame!  The name stuck even after neophyte wizards proved the real culprits to be "night swallows" -- small, nocturnal, avian predators.

Some years ago, the college's Assistant Librarian, Conigal Save, disguised himself as the Arch Chancellor (in part to shield that worthy from a rash of assassination attempts) by wearing The Mantle of Subterfuge, a most remarkable garment that, among its other magical properties, allowed the wearer to perfectly impersonate others.  In a case of mistaken identity, Conigal was abducted by "Misty" the flesh golem and spirited off to the tower.  Conigal, reduced to a living skeleton by sinister outlaw mages of "The Cabal", was eventually rescued, but the Arch Chancellor's wondrous raiment was left behind in the frantic escape from The Vampire Tower of Death.  Now it fell upon the three practicum students, enrolled in their last year at the Collegium Mysterium, to bring the mantle back to their administration.  What could be simpler? 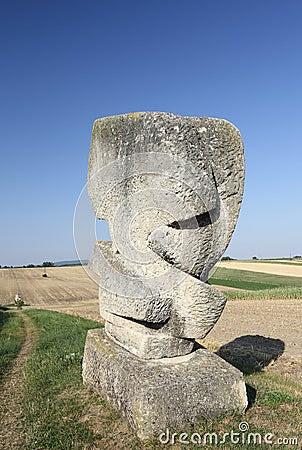 As it turns out ... just about anything!

First stop along the way to the tower was a riverine gorge in which an earlier Collegium Mysterium survey team had established a camp for the purpose of monitoring the stone elemental that protruded above the waters of the River Clye at that point.  From time to time the blocky bulk of the awakened stone spirit, who had burst from an underground vault to attack the college some years prior before being magically impelled to retreat to this place, would shift or turn on its axis.

The students were to update the observation log before moving on.  Of course, instead of merely noting any changes in the elemental they had to go and magically poke at it!

Through swift use of The Ancient Rune of Warding the students were able to survive the elemental's bull-like charge and The Ancient Rune of Divination even allowed Table to learn the spirit's true name (information that may come in handy in the future).

By this point the minor water elemental carried by Wensel, bound into the shape of a homicidal  trout, began to complain that the bucket of ox blood he carried it about in had congealed.  If anyone was to get any sleep that night, they'd have to deal with the fish's loud demands.  Table invoked The Ancient Rune of Creation to force into existence a magical portal connected to the fish's bucket, but was not able initially to do so with quite the precision he had hoped.  The resulting foot-wide fissure in the world opened to a frigid, starry plain under strange skies.  Nonplussed, Table tried again and was successful enough in linking the Rune to his magical Science "Portals" that he was able to specify the opening be a "sanguine portal."  This newest aperture opened into the bottom of some hideous charnel pit where the pachyderm victims of either sacrifice or gladiatorial bouts were cast to breathe out their dying groans to the accompaniment of braying trumpets and pounding drums.  The fish was happy but nobody got much sleep that night. 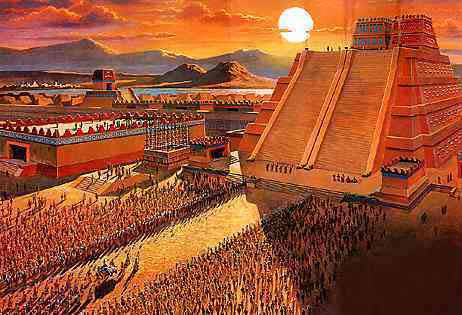 Upon arriving at the tower itself, the three wizards and their bodyguard, retained by Wensel in exchange for enchanting the fellow's shield, cast about a bit, hoping to find an easy way into the ruins.  When climbing to a crumbled doorway revealed an entire flock of dozing night swallows, the fellows opted instead to try the mouth of a partially concealed tunnel in the hillside below.

It was common knowledge that Milos and Dietr Vile, the rogue Cabal wizards who once hid out here, were both paranoid and overly fond of nasty, magical traps, so the young wizards proceeded with great caution.  Wensel even let "Pinchy", his magical wooden wolf-hound / giant ant construct frisk on ahead of the group just in case.  Unfortunately, Pinchy proved resistant to some of the carefully concealed magical booby traps and when The Ancient Rune of Destruction was triggered Pronk found that one of his kneecaps was disintegrated while Table lost all the bones from his right hand, arm, and leg, leaving him unable to cast spells!

The team Created an improvised flood (Pronk being a Hydromancer) to flush the tunnel and chose to continue despite the hasty retreat of their bodyguard.  Their tenacity soon paid off, however, for descending into the deep places within the hill the wizards soon discovered the privy chambers of the rogue wizards -- dusty and disused, but still containing magical texts, notes, equipment, and a staff of bone.

Daring to explore just a little farther, Pinchy and the three neophyte wizards were soon to learn the fate of the Brothers Vile.  Partially encased in sedimentary rock, the skeleton of Kaerenocht, one of the long-extinct race of dragons was discovered!  Intent on forcing the dragon to reveal heretofore unguessed secrets of magic in exchange for its freedom, Milos and Dietr (both Bone Mages) had reanimated the great creature and somehow returned to it a bit of its old sentience.  Though it must have taken a few years for the opportunity to appear, Kaerenocht eventually got the jump on the brothers as their torn bodies, now held by the dragon as trophies, revealed.  Of course the corpse held impaled on the dragon's great claws still wore the Mantle of Subterfuge!

After a bit of hasty negotiation, the session ended with Table a hostage of the dragon, who tapped out in code its demands that the wizards free it from its stony prison.

Will Pronk and Wensel (now in possession of the mantle) leave their comrade to his fate, or is there yet honor among wizards?
Posted by Jarrett Perdue at Monday, January 26, 2015