Student Generated Map: The Dungeon of the Seven Keys

Here's another student-generated map from my Adventure Games class.  Notice the note she made on the lower right side of the map: each encounter area contains a key -- each key unlocks a new area.

Along with the idea of a "boss" fight at the end (an owlbear) it's easy to see the influence that console games have had.  There is a linear progression through a series of set-piece encounters. 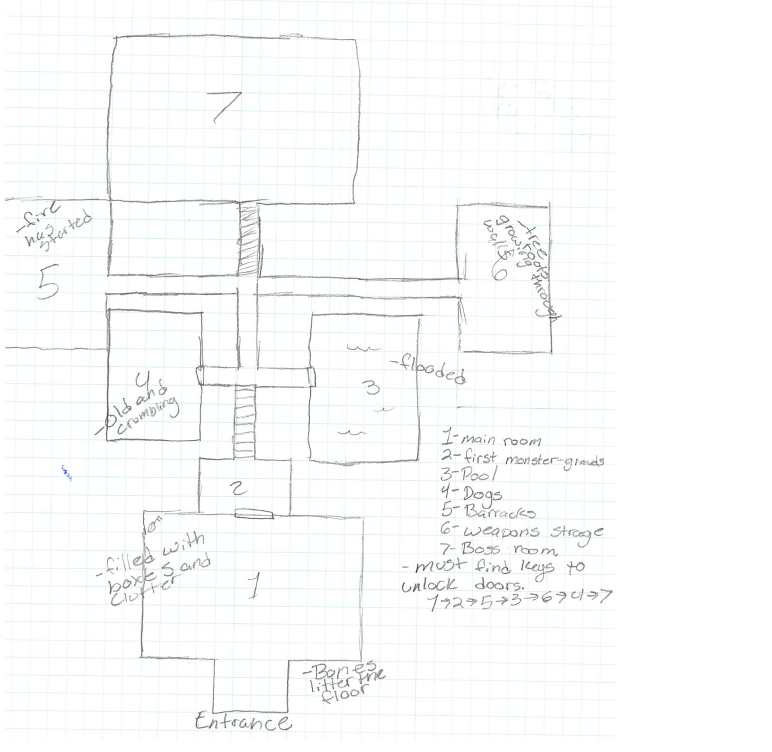 I love how room #5 has apparently just caught fire as the characters enter!  What?  Why?  Are the spider guards there fighting the blaze that they are locked in with or did they start it themselves? 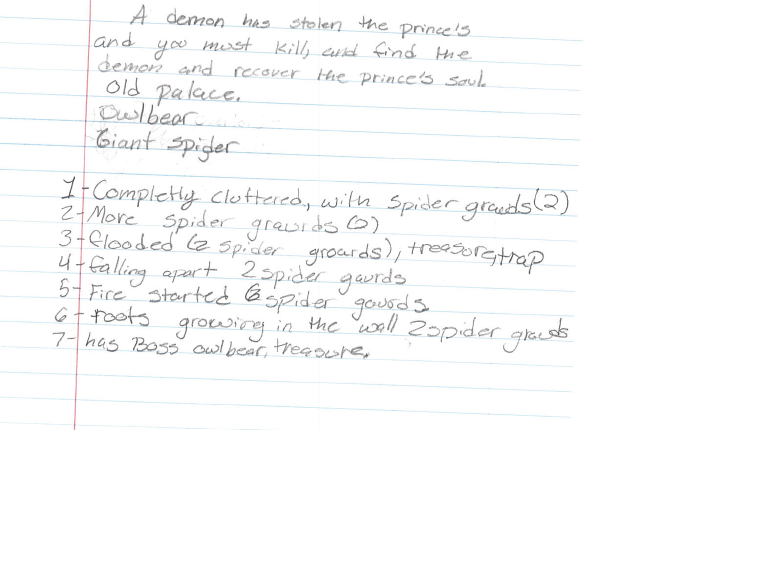 Many (most? all?) of my students seem to expect that an adventure has this sort of progression built in, building in challenge level as the protagonists move toward a BIG FIGHT at the end.  I notice too how they may initially become puzzled when exploring a more open setting and not every option automatically leads to the next encounter.  At times they'll keep looking for a "key" of one sort or another -- assuming that it must be required to solve the next encounter and progress.