As I run a session each week for my middle school club, I'm finding "5th edition" D&D to be a fine version of the game, albeit a little bit baroque for my tastes these days*.

My Lost Mine of Phandelver adventure took an interesting turn last week when the four adventurers explored a little deeper into the former Cragmaw Goblin Hideout, now overrun by vicious, spear-wielding bactrians!  Coming upon a half dozen of these foes, the group took full advantage of their tactics lessons and quickly put the enemy to flight.  I was impressed again by how the fixed parameters of dungeon combat really seem easier for these players to get a handle on than the option-overload they face when battling in a wilderness setting.

A new player had been waiting patiently to join us for several weeks and I didn't feel right putting him off a day longer, but here 5th edition tripped up a bit since I had seen several times now how plodding character creation could be.  Neither did I have a pregen character handy either ... I certainly didn't want to lose momentum now ... what to do?

I shoved the new guy (I'll call him "Ted") a blank sheet of paper with a few quick notes scrawled on it, and just like that Ted was thrust into the role of a lonely Cragmaw goblin who had survived the surprise frog-thing incursion.  With the enemies driven back, he climbed down from the shelf where he had been hiding and gleefully joined the party. 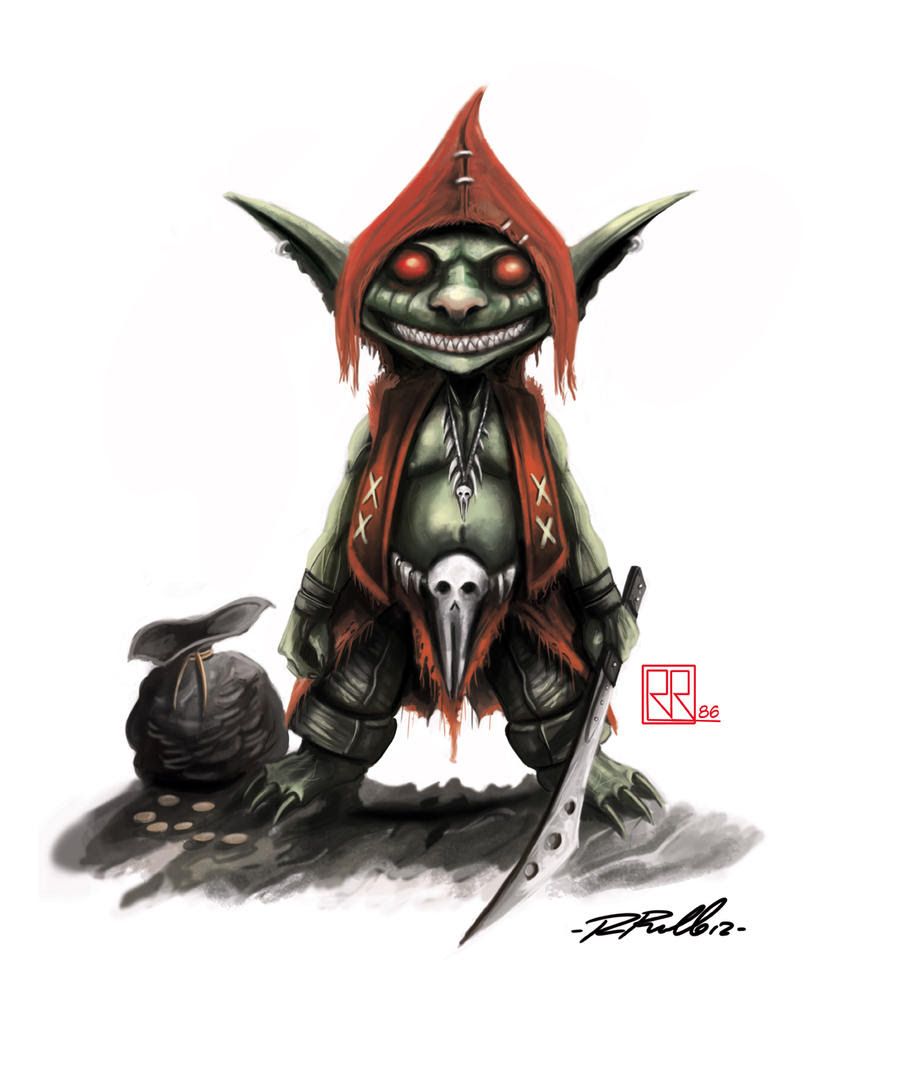 How would goblin stats mess up play balance?  Turns out, not a bit.  The goblin happily found his place among the explorers and fell to looting his former lair.  As an option, on his turn, I would tell him one and only one piece of useful information ... anything the goblin would know about this cavern.  Pretty soon, however, Ted had gotten so smoothly into the action that he stopped bothering to ask.

In one of our final scenes of the afternoon, the group's halfling rogue shimmied up a natural chimney only to find in blocked by the body of Sildar Hallwinter, the man to whom the party members were pledged and the very one they journeyed here in hopes of rescuing --  What a way to find out that you are unemployed!  Though a week dead, Hallwinter had a final word to say however, for when the dwarven cleric merrily set about looting the corpse it abruptly sat up and said in leaden tones "Avenge me!"  The greedy dwarf suffered a curse (the exact effects yet to be discovered) until he slays the bugbear that killed Hallwinter or dies in the attempt!  I've never been satisfied with ghosts in D&D ... I just feel like they've always been a thematic and mechanical miss ... so, along with the fact that Hallwinter died in the first place I'm comfortable going off script with this adventure.

Tomorrow we'll find out what trouble a group of adventurers and their goblin mascot can get up to in the little town of Phandalin.

* By comparison, back when I was in middle school and the 1st edition AD&D Dungeon Masters Guide dropped into my consciousness like some alien artifact, the level of bewildering complexity it offered was not only tolerable, but actually enhanced my enjoyment of the game -- it was weird, complex to the point of inscrutability, forbidden (for at least one of my friends), and really, really cool.  Add to that the novelty of an entirely new entertainment platform (as startlingly new and different from everything else as my friend Darren's Intellivision game console was) and you've got the makings of some lifelong nerdery there!  When I was a teen I happily devoted many, many hours trying to sort out what Gygax meant in any particular passage.  These days I greatly prefer to spend time that I devote to my favorite hobby playing the game or planning my next session.
Posted by Jarrett Perdue at Monday, December 08, 2014