As much as I love early editions of D&D, the rules for dragon breath have never really worked for me.  Moldvay and Mentzer Basic have dragon breath inflicting a number of hit points of damage equal to the creature's current hit points.  This is an interesting concept, but isn't mirrored in the resolution mechanics for other fire-breathing creatures (e.g. hell hounds, pyrohydras, or chimerae).  By comparison this makes dragons less fierce in combat than these other critters, which is odd when dragon breath was apparently important enough thematically to warrant an entire saving throw category of its own!  It also means that dragons tend to go out with a whimper rather than a final cinematic holocaust of fire.  Finally, as written, dragon fire was also limited to three uses a day (and always used in the dragon's initial attack). 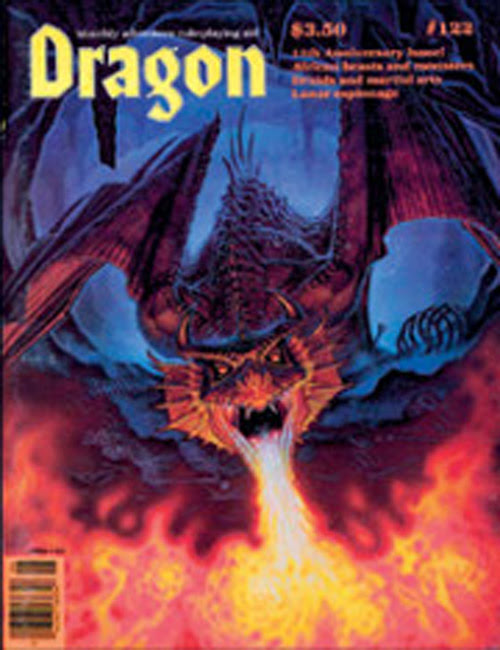 I love random elements in my games -- the kinesthetics of the roll, the mingled hope and dread, and everyone leaning into the table to speed-count pips -- this is all part of the liturgy of the game; an experience held in common whether I'm gaming with elementary kids, middle schoolers, or adults.  Fixed damage trades that part of the game experience for a couple extra seconds at the table. 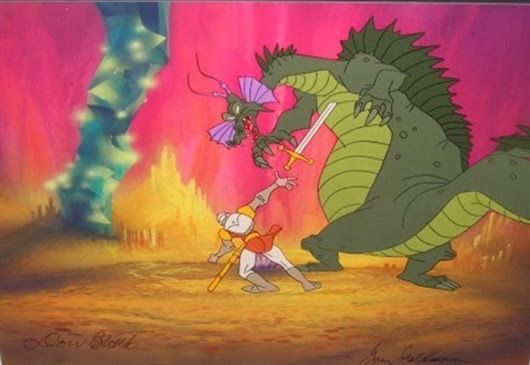 One of the many things that I appreciate about dragon breath in more recent editions is the "recharge" rule.  It works like this: following the round on which a dragon uses its breath weapon, the DM rolls 1d6.  On a result of 5 or 6 the beast's supply of flames / acid / poison gas have been sufficiently restocked so as to allow it to use this signature weapon again.  This maintains tension and uncertainty in the encounter while still creating opportunity for the players to make meaningful tactical choices ("It just roasted the horses, let's make a run for the tower now before it can recharge its internal flame thrower.").

So this latest go round with the red dragon in my Homeguard campaign I house-ruled this way: 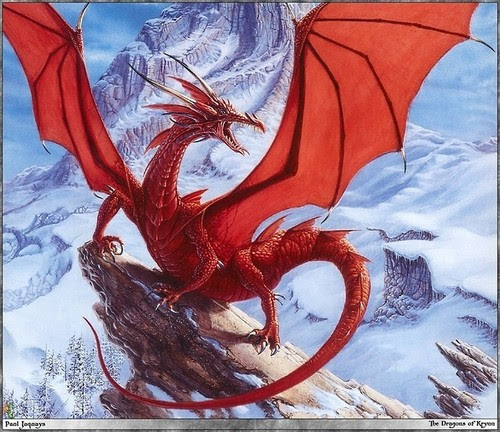 During play that meant lots and LOTS of fire, sometimes lethal, sometimes missing.  A fighter could take a blast upon his shield and still walk away unscathed, but a character taking the full brunt was likely doomed.

Do you have any favorite house rules for dragons?
Any opinions about how they've seen a pretty sharp increase in power through different versions of the game?
Posted by Jarrett Perdue at Sunday, December 07, 2014