In my middle school games class we talked a little about conflict and setting.  After reviewing a list of common settings for adventures games (caverns, pirate ships, tombs, etc) I challenged my students to create their own map of an adventure setting.

Here is the first example: 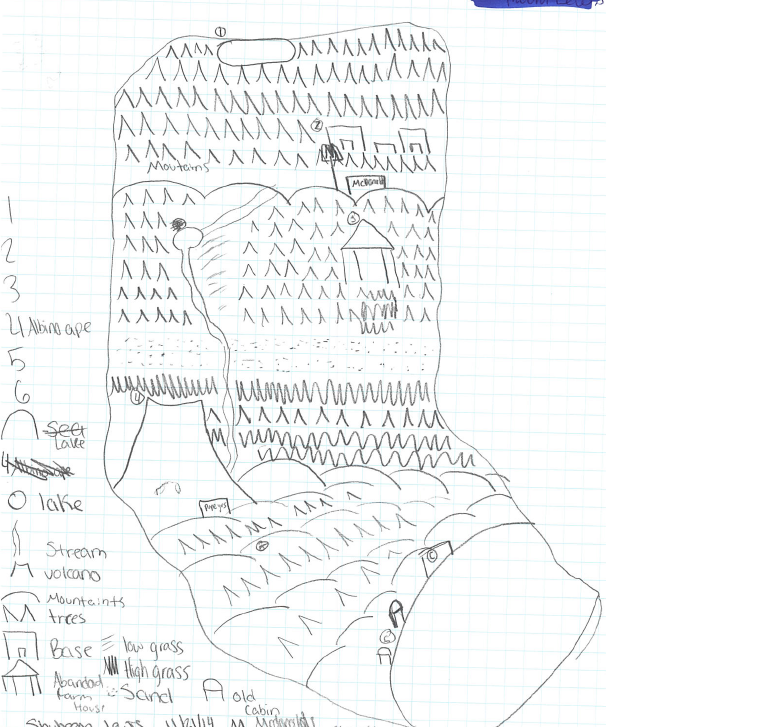 This island looks to be heavily forested and sport's a huge volcano on the western coast.  Yes, that's a McDonald's north of the abandoned farm house.  A Popeyes waits on the southern slope of the volcano itself ... a location that just begs for disaster to strike.

Notice that the key lists a single monster -- an albino ape who haunts the forest near the stream.  This puts me in mind of Gary Gygax's 1985 Isle of the Ape ... a pulp fantasy homage to King Kong of course! 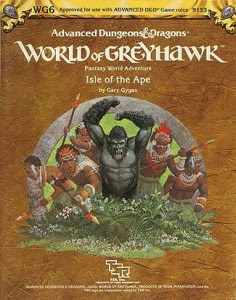