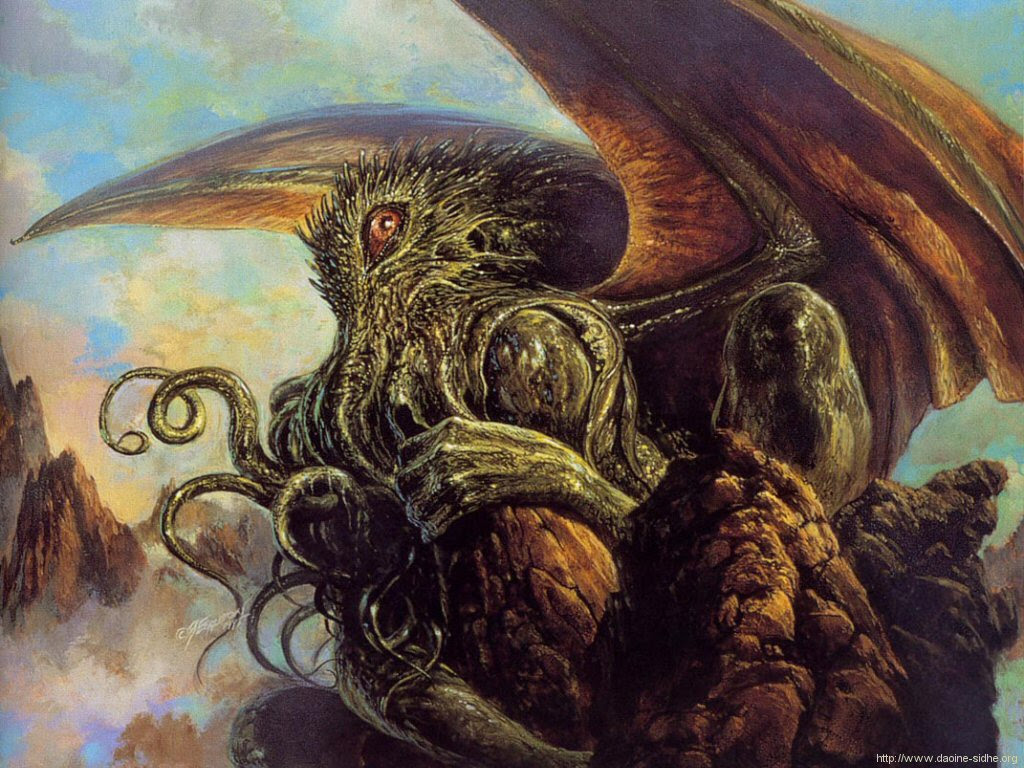 Sometimes, on a whim, my daughters and I take a break from our normal dungeon-crawling fare and we'll play a one-shot or mini-campaign in a system other than our beloved BECMI  D&D.We've played Marvel Superheroes (Advanced) and Gangbusters (TSR 1982), but a favorite that they ask me to dust off from time to time is Arkham High ...

Yes ... it's Buffy the Vampire Slayer set in a modern day version of H.P. Lovecraft's Arkham Massachusetts!
I wish that I could claim this idea as my own, but I ripped it off from my buddy, the brilliant Steve Johnson -- one of the best "keep-it-light & keep-it-moving" style GMs I've ever known -- and his Darkwood High campaign of 10 years ago.

My girls are still too young to watch the show, which my wife and I loved back in our pre-kid days, but they have no trouble wrapping their heads around the basic conceit. 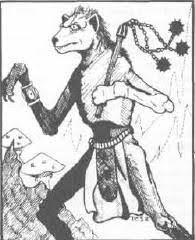 We used a stripped-down Marvel Superheroes rules base, converting d100 to d20 rolls and doing away with the Universal Chart.  Even with recording all the degrees of success beside each of the seven attributes, character sheets still fit on one side of a 3x5 card. 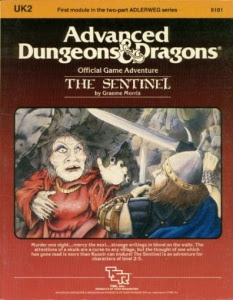 This weekend the girls request to play Arkham High caught me by surprise and I didn't have anything much prepared ... so after a moment's deliberation I grabbed my pdf copy of 1983 D&D module UK2 The Sentinel.

Even as the quality of published adventure modules began to falter (*cough* Castle Caldwell *cough*), over on the other side of the pond some really interesting products were being produced by Graeme Morris and TSR's UK team.

The Sentinel isn't the best of that short-lived line of published adventures, but it had enough for me to riff off of: 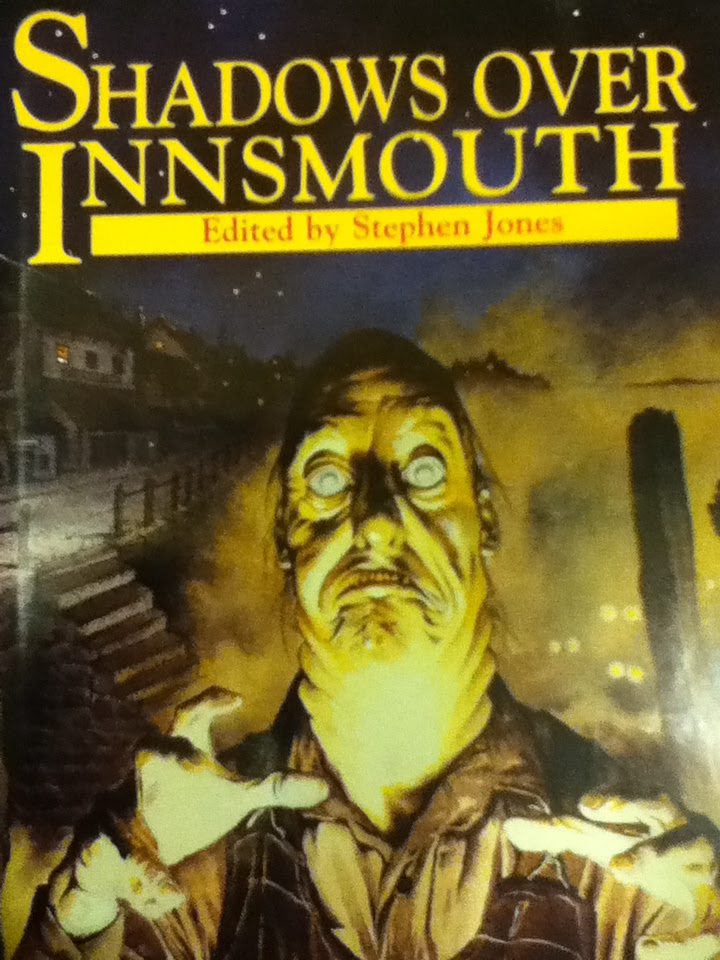 ... and so it goes.  I'm honestly not sure how I'll recast the hill fort or ruined monastery.  Will the Scooby Gang take Sargent's taxi over to Innsmouth to check things out?  I don't know, and frankly I'm completely okay with winging it.

This will reduce my workload, prevent neophyte GMs from becoming quite so overwhelmed when stocking their dungeons, and support a specific theme and flavor when it comes to exploring and expanding Sheberoth The Cavern Endless as a setting. 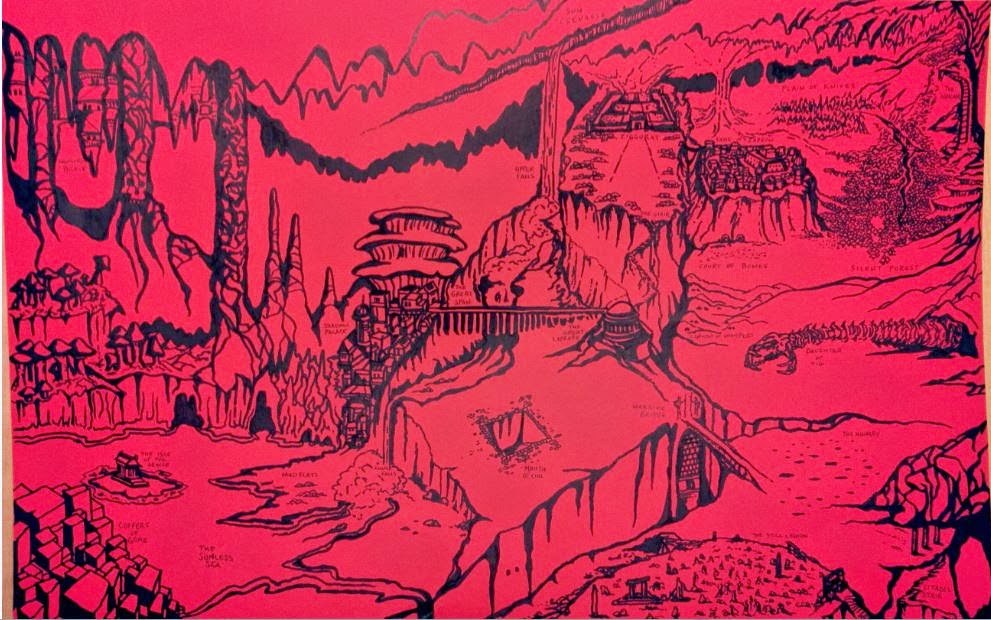 ALBINO APE
BULLYWUG (rank and file)
COCKATRICE
DUNGEON EEL (levitating electric morays)
GARGOYLE (to teach them when to run vs fighting)
GHOUL (many, many, many ghouls ... oh, and there are no clerics in this setting)
GIANT LIZARD
GIANT SPIDER (just to suggest what other giant sized fauna they can create)
GOBLIN (reskinned toward a jungle variant)
HYDRALISK  (right out of Starcraft, but doubled in size)
OCHRE JELLY
OWLBEAR (because I couldn't live with myself if I didn't)
STIRGE (every setting since that adventure seed in Mentzer Expert)
TROGLODYTE
VERMINITE (toned down Skaven rat-dudes)
YUAN TI (pinnacle baddies)

It's cool to reflect on what that says about the campaign setting: a savage lost-world feel in which the PCs are often outgunned and negotiation is only occasionally an option.

Email ThisBlogThis!Share to TwitterShare to FacebookShare to Pinterest
Labels: Sheberoth