It seems silly to try and talk about placing Dungeons & Dragons in a social setting which draws from Europe's Middle Ages; afterall, it has knights and castles ... isn't it already grounded in the medieval?

But I've been reflecting on how the default assumptions about setting and the way that the fantasy world works owe far more to American Westerns than to other genres, despite all the swords and wizards painted on the outside.

None of these elements are unique to Westerns of course, but they form a constellation that has more in common with Gunsmoke or The High Chaparral than Le Morte d'Arthur.

Strictly defined social classes and the ubiquity of the Roman Catholic Church are arguably the two most defining elements of Western Europe in the middle ages, but both are essentially absent from the default D&D setting. 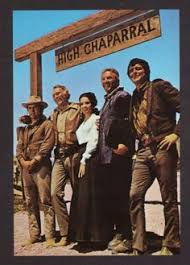 Anyway, whether you buy that line of thinking or not, I've been wondering just how you would fit a mix-matched band of cunning adventurers into a social world that resembled the 14th century more closely than the 19th.

Here are the four ideas I had for fitting D&D, with all that is implied by its systems, into something a bit more like the middle ages:

I'm kind of curious why this last model didn't really appear much from the start of the hobby.

Having a more powerful and more experienced NPC "commander" ... a knight, bishop, or wizard ... seems like a natural way to ease new players into understanding the setting and making their first fumbling steps without a TPK.  It also provides an instant bond between characters which far surpasses, "you meet some strangers in a tavern ..."

Battles and encounters need not see the players relegated to a passive role either.  While Lady Torr battles the hill giant, the 1st level PCs deal with its goblin slaves ... that type of thing.

The Hobbit certainly set a precedent for how this sort of arrangement could work.  As the PCs (and players) grow in skill, they can go from supporting their lord to acting as her agents, rescuing her from threats, and eventually becoming her peer.


Has anyone seen or used this "retinue style" in play or print?
Posted by Jarrett Perdue at Saturday, October 22, 2016