Adios to the Thief?

One of my first two characters (in about 1981) was a thief, so I'm cool with the concept, but after recently cutting the cleric class loose in my B/X house rules, I'm thinking about whether to drop the thief class too.

Are thieves just fighters in light armor?
Basic D&D already gives them unlimited weapon selection, but what about those skills?

Back Stab -- Basic already has surprise rules that apply to everyone.  I'm not really seeing a thief having more ability to strike at vitals given the opportunity than a trained warrior.

Read Languages -- If anyone could pick up an unfamiliar text written in a strange script and have a chance to decipher it, it should be a magic-user, right? 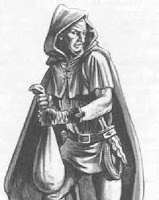 Open Locks -- Hmm ... that is problematic.  I see how this activity is linked to Wisdom (noticing details) as the character tries to feel out the pins in a lock, how it is linked to Intelligence (prior study on this kind of mechanism), and to Dexterity (the actual manipulation of lock picks).  Could any character give this a shot?

Find/Remove Traps -- A ten foot pole probing ahead, a bit of caution, some player narration, and perhaps a Wisdom check cover this.

Move Silently -- Any character who isn't wearing metal armor should have a shot at this if moving slowly enough.

Climb Walls -- Often this has more to do with Strength and weight carried than Dexterity, per se.  Add iron spikes and ropes and skilled spelunkers no longer have to be thieves. 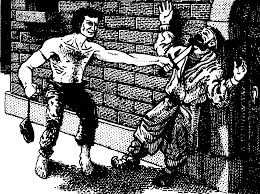 Hide in Shadows -- Are you wearing shiny steel armor?  Are you moving or hiding behind an obstacle?  The ability for any character to hide effectively can be as important as reaction rolls for providing players with choices in encounters.  Maybe the monster simply gets a saving throw to notice those characters who've taken measures to hide.


Hear Noise -- Really?  You have a special skill in ... hearing things? ... more so than that elf over there?  No, listening at doors and intersections to get info from the DM is a basic part of player agency.  No rolls required ... just decide as a party whether to move forward quickly with the information you have or risk extra wandering monster checks by moving slowly and listening to gather more clues about the environment.

So really that just leaves me stuck on Open Locks.  If I just tie this to stats then the unwashed, heathen from beyond the frontier (fighter) who has never even seen a lock might have the same odds of bypassing a locked door as a street-smart urchin (low hit point fighter).  That doesn't seem reasonable ... but then again maybe stats trump background.  I can see a barbarian relying on blind luck to jimmy a lock with his dagger.
Posted by Jarrett Perdue at Wednesday, October 12, 2016