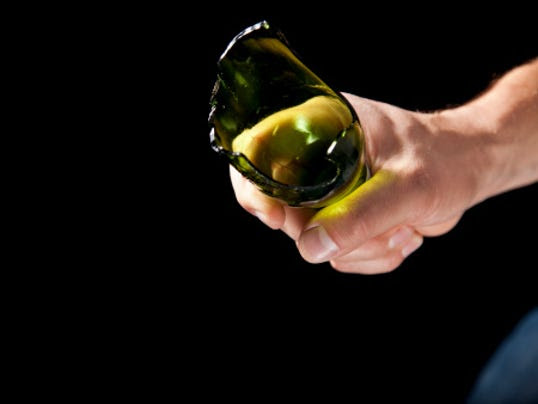 Today, in our after school games club, I got to return to Dwimmermount, introducing three brand new players to the joys of the dungeon with a fourth (a vet from this past summer's camp) leading the way.  A fellow teacher jumped in at the last moment to round out the party with "Oliver", a low Strength, level 1 magic-user with only a broken bottle for equipment!

Guided by the partial maps of prior expeditions and the keen memory of "Thanatos", the stalwart fighting man, the group made steady and cautious progress toward a stair leading down to level two.

Stalked by a ravenous, seven-foot, bipedal canid, things looked ready to take a grim turn until Jack, a crossbow-wielding dungeon neophyte, decided to toss the creature a bone from a nearby heap.  One reaction check later and the group found a new ally!

"Maybe we can throw a bone and use him to go ahead of us to find dangerous stuff."

A bit further into the dungeon, the group came upon a narrow hall redolent with deadly looking fungus.  Sure enough, the words "deadly fungus" were even scrawled on of their maps in what looked to be about this location.  After lighting a bit of the growth with a cantrip, releasing a cloud of noxious spores, the group nevertheless decided to try passing through the area single file to reach the stairs beyond.

Thanatos, started across at a walk, but a low Dex roll meant that he accidentally released more of the spores into the air ... leaving Oliver amid the cloud about the time that the three characters behind him shoved past at a sprint! 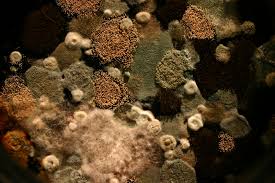 The dice showed a cruel streak and character after character began to gasp and choke, clawing at their throats.  It was at this point that Jack's player decided that she would throw a leg across the big, canid monster and "ride" it across the fungal patch.  Reaction check ... immediate attack.

By the end of the session Thanatos, half blind, staggered back toward the entry hall with another fighter, leaving Jack and Oliver writhing and choking on the floor.  A lone mystic, blind from spores and foaming at his nose and mouth, wandered to the head of the steps and began picking his way down toward the hidden dangers of level two.

None of the PCs actually died, however, so next week may see them ready to return to the dungeon.

Meanwhile, at other tables around the library, former students (now in high school) ran Eberron and 5th edition D&D games for peers and middle schoolers while my own daughter continued her Basic D&D campaign.  Wizwar, RISK, Citadels, chess, and Munchkin-Fu were hosted at other tables ... practically a mini-convention now that the club has grown to 55 registered students with over 40 regular (weekly) attenders!

Arriving home, after looking at a snake that one of my kids had treed and enjoying dinner with the family, my oldest and I took Delta's Book of War out for a spin to see how it played ... skeletal horde vs a doughty human warband (humans got shredded despite an excellent little flanking maneuver).