Games Club & Dwimmermount: Grabbing the Bull by the Horns

Since my last post, I've enjoyed a couple more weeks of madcap, middle school antics at our after school games club. 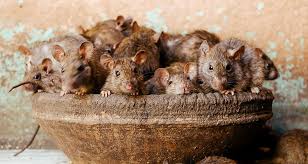 Today my daughter ran Snow Lion Castle using B/X, continuing an extensive dungeon crawl in which The Rat Boss was finally brought to bay, and the horrible altar to the Rat Goddess (where the thuggee-style bandits sacrifice one of their eyes to Her Scabarousness in exchange for the gift of infravision) was discovered.

Meanwhile, 6th grader "Jack" showed up toting a Moldvay Basic Boxed Set!  In addition to vintage character sheets left over from when his uncle used to play at his grandfather's house and gnarly, soft, liver-colored dice, Jack brought along a full-color TSR catalog from 1981.  The models sported fresh D&D t-shirts.

I don't know the details of Jack's adventure (though he had a near-mint copy of Keep on the Borderlands at his table, using it as a DM's screen), but he ran over near the end of club time to elatedly report, "They all got killed by the Demogorgon!  I even made it weaker for them, but they still all died!"  Life imitates art imitating life?  I'm dying to know more details.

Aiden ran a slick, glossy Eberron D&D in something-th edition in which the characters were all half-dragon, half-robot ninja warmancers or something.  He seemed to be having a good time with his group of five players and I overheard them drooling over all the cool options.  I'm just happy to see kids getting to experience RPGs.

Smallworld, RISK: Halo Wars, Settlers of Catan,  and chess rounded out the other tables.  I think we had around 35 kids (grades 6-10), but I won't know until I go back over my rolls tomorrow.

At my table I continued with another session of my Basic D&D Dwimmermount homebrew.  Fighter Thanatos (who has survived around five forrays into the megadungeon) led two magic-users, an elf, and another fighter into the depths using his prized collection of maps.  Thanatos gave the group (which included both a veteran player and a newbie) their marching orders:

"Look, we want to AVOID areas that have been explored and cleared out and don't have any treasure left.  We also want to avoid areas that sound really dangerous [here he referred to the "deadly fungus" notation on the map]."

"Yeah, we want to get deeper.  Down to like level four where nobody has been."

Rather than heading for the steps marked on the map, Thanatos's player opted instead to explore the deep shaft that promised access to unlooted levels, planning to have the party rappel down.

Following a brief encounter with giant spiders (in which one wizard, played by the new player, managed both to extinguish the party's torch and nearly provoke an attack by fooling about with the webs) the party fled through a pair of double doors and to the room with the shaft.  Shoving the doors to with the wizard still outside in the dark, they took a quick vote.

"He's gonna get us killed."

"That's because you just run from everything."

"I say that we give him another chance."

Mercy prevailed and the wizard was allowed to rejoin the group.  Rather than descend at once, though, he was given the duty of watching the rope and winch from top-side as the rest of the group descended.

"I wish I'd brought a deck of cards.  Wait, could I go crazy waiting here?  I bet you guys are going to meet cyborg minotaurs or something.  Maybe you'll find some super-weapon like an ancient rocket launcher to use against them."

Down below, in response to some grunts and rythmic "clopping" sounds, the group opened the very first door they came to ... revealing a squad of towering bull-men ... just as predicted.  I should mention that no character had more than 8 hit points or armor better than chainmail and shield as they gazed into the room full of ax-toting 6 hit dice, multi-attack terrors.

"I shut the door and back away."

It could have gone terribly at that point, but my custom reaction dice spoke otherwise and as half of the party bolted, the brawny beastmen looked with favor on the hapless fighter at their doorstep.

"It leans down, horns on either side of your head, to sniff you."

"I just stand there."

"It holds out the leg of some nasty, man-sized amphibian thing."

Soon the party, joined by the newbie wizard who ignored his instructions to guard the rope, found itself adopted into the herd.  They could even make out some of the big creatures' speech, and it became apparent that far from seeing them as threats the bull men viewed them as pets and a source of amusement.  As one fighter capered about with a pair of webbed, amphibian hands held at his sleeves in place of his own, one of the brutes rumbled, "Ha!  They are so funny.  Look at them.  We should take them to Commander Bik!"  And so it was decided.  The group was jostled into place and then the whole herd went rumbling off at a run.


The last 10 minutes was spend blindly navigating a series of teleport traps, during which time Thanatos was able to slip away and back to the rope leading out, which the bull men resolved by charging straight into at top speed until they eventually arrived at their desired destination.

Returning to their guard post with their new pets in tow, the beastmen were enraged to find a throng of rat-folk attacking their territory!  Battle was joined until Oliver, the humble level one magic-user equipped with little more than a broken bottle, cut loose on a rat-thing with a searing jolt of electricity (his only spell) killing it.  The rats panicked and fled.  The battle was won and Oliver was hoisted up on the shaggy shoulders of the bull men as a champion!

Another great club session.  The party is pretty deep in the dungeon with a whole network of teleport traps between them and the entrance, so if someone doesn't come back to club next time or if they lose some PCs then bringing in new characters could be tricky (but I'll think of something).
Posted by Jarrett Perdue at Tuesday, November 01, 2016