Intent on discovering vaults yet to be breached by the 40 or more characters who've been swallowed by the megadungeon over the previous 15 real-life months, an optimistic (and reckless) band of first level characters descended to level 4 in search of prime loot and immediately found themselves in encounters that were way out of their league.

Captured by ogre-sized, bull-men they agreed to use their (extremely modest) magic to bring Commandant Bik the head of Krishka, the Matron of Rats.  Soon captured in turn by the rat-folk, the group wasted no time in double-crossing Bik and his savage bovines.

"We have come to help you in the war against the minotaurs." *

"Yeah, we were kidnapped by minotaurs."

However, one of the rat-things recognized first level wizard, Oliver from an earlier skirmish in which the group had aided Bik's warriors and fried one of the rodent-men with a spell.  It began pointing at Oliver and jabbering into Krishka's ear. 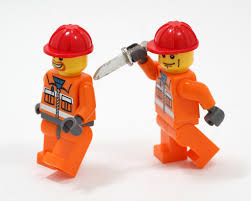 
Though they scattered initially, eventually the rats rallied, clearly impressed by the party's savagery.  Soon the same rat-thing started pointing at Lucin the archer and jabbering again (perhaps recalling that Lucin shot him in the back some time before).  The other creatures looked on expectantly.

"I simply explain that I will not be killing him at this time."

Krishka made no effort to hide her mistrust of these outsiders, "What do you want in exchange for slaying Commandant Bik?"

"We want the choice to live among you as kings."

"No?  How about really, really good best friends then?"

The party was permitted to rest on the edge of the rat territory (under close surveilance from Krishka's folk) and plan their assault.

"Remember, Bik's a big, fat phony.  All his bodyguards look just like him.  It's just a mirror!"

[this was a pretty reasonable assumption having seen the Mirror Image spell in action -- they never suspected that the great brutes might be clones!]

Setting out, they decided to take the most direct route for Bik's throneroom and stab him a lot.  They kicked in the first door they came to and charged!

I assumed that we'd have a total-party-kill within two rounds, but the dice seemed to share the blind enthusiasm of my players and they fought on in the face of my consistent single-digit rolls.  Spells soon expended, three magic-users flung themselves into hand-to-hand combat alongside their teammates.  In fact, they actually managed to bring one of the big bull-men down before the odds caught up with them.  Then, in the blink of an eye, Sialren the elf lost a hand, Lucin Fohrdatboi was cut down, and as the rest fled Thanatos was captured. 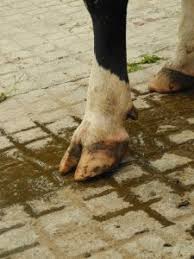 Retreating to rat-folk territory the survivors made excuses to Krishka and plans, mapping out a campaign of attrition that they hoped would eventually break Bik's grip on level four.  Their respite was broken prematurely, however, when the bull-men launched a raid of their own.  Deimos continued trying to rally the rats even as the maimed Sialren and Maester Coleman fled, and the madcap mage was struck down at last under the stamping hooves of the enemy.

* I cordially dislike the use of the name "minotaur" (bull of Minos) in D&D.  It doesn't make a bit of sense outside of a Greek/Minoan context.  "Medusa" as a race also bugs me, though I have no problem with "gorgon."  Do other DMs have similar hangups I wonder?

** I don't normally allow player characters to attack each other--with middle school players it just degenerates into a series of grudges and hurt feelings--but Oliver's player was busy running Wiz-War at another table and I knew he wouldn't mind much.

We are at kind of a tricky place with Dwimmermount now.  The upper floors have been looted, so characters won't level up based on recovering a good haul of treasure from those levels.  Trying to level up through victories in combat requires either careful tactics (which many of my novice players lack) or completely beating the odds.  On the otherhand, diving deep enough to find rich, unspoiled troves pits the low-level PCs against massively superior brutes like "Bik", making their chance of survival very slim indeed.

The original Dwimmermount campaign developed organically around the play-style and choices of author James Maliszewski's own players ... it's a great fit for those seasoned, careful, and thoughtful players (having been built around them), but Dwimmermount shows its limitations over time with a band of impetuous, impulsive novices.
Posted by Jarrett Perdue at Tuesday, November 29, 2016