A Year on the Isle of Dread

Each Tuesday this past school year, while I ran Dwimmermount (using D&D 5th ed. rules), my older daughter led a table of classmates through an exploration of The Isle of Dread.


Over 35 years of D&D, I’ve run more groups through this timeworn, old classic than any other published module except Keep on the Borderlands and The Forest Oracle, so I know the content well and enjoyed talking to her before each session and listening to her post-session debriefs.

What surprised me over the last 10 months (and 32 sessions) was how easily The Isle of Dread expands, lending itself to new adventures.  Sure you've quested after the legendary black pearl, encountered dinosaurs, befriended cat people, raided the pirates' hideout, and explored the lost temple, but did you know about these adventures: 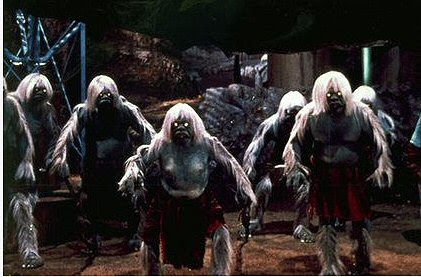 It's nuts how easily The Isle of Dread just kept triggering new adventure hooks.
My daughter will likely run something in a different location starting in September (there's been talk of sketching her own megadungeon), but I'm confident that if she wanted to return to the Isle for another 30 sessions that there would be plenty of adventure waiting.
Posted by Jarrett Perdue at Thursday, July 28, 2016