Session 24 began with the (recently renamed) Damaged Souls on level two of the dungeon, in the custody of Rurik the dwimmer-goblin centurion and his platoon of over-sized goblin troops.

Fortunately, the explorers were permitted to rest in the Shrine of Luck and Vale finally discharged her obligation to Saint Tyche, placing the portable altar there after a delay of 21 sessions!  Since Saint Tyche is the patron of Fortune (both good and ill), Vale was required to re-roll for hit points and actually came out one point higher than her old, pre-brain-fever total. 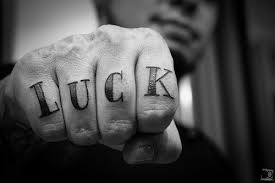 Meanwhile the big, red-skinned goblins rifled through the party's possessions and under Centurion Rurik's orders issued to the group only those weapons and supplies that it was decided they would need in their role as highly expendable scouts.  In exchange for access to the Shrine of Luck and cessation of hostilities, the explorers had agreed to explore level three and locate any active "stasis chambers" that the goblin commander could use to bolster his forces with additional soldiers.

Vale was denied her staff (surmounted by the cracked skull of a necrophidius), but offered a club instead ("No, I have a crowbar.  I'm good.").  Sergei, Hurtis and Kenny were shaken down for goods and each had to surrender some of their gear, but somehow Ivor was overlooked in the process.

Rurik insisted that one of the explorers remain with him as a hostage to guard against treachery by the party as they explored the halls below and Yang was chosen to stay behind.


The player characters descending were:

With a squad of four big goblins trailing them, the group descended to level three where another group of sentries awaited.  These hulking, sallow-faced fellows had "troll blood in 'em" according to the other goblins.
Pausing to examine some strange, archaic machinery (including a font covered with what seemed to be transparent metal), Kenny opined that some of the materials found here may have come from an entirely different world ... though just what that may actually mean remains to be seen.

As the group moved into a long chamber that was once decorated with ornate mosaics (the tesserae of which now crunched under their boots), relations with the goblin patrolmen steadily worsened.  What had begun as snide remarks from Vale quickly escalated into insults and threats.
When Vale muttered, "Okay, that's it--you're gonna get two crow bars to the skull," the goblins had enough of the taunting.  Now out of their centurion's earshot, the goblins shut the door behind them and called Vale over for a reckoning.  The adventurers made a half-hearted attempt to bribe the big goblins into peace with some food, but when it became clear that they intended to take it all, Kenny stepped forward and cast his Sleep Spell! 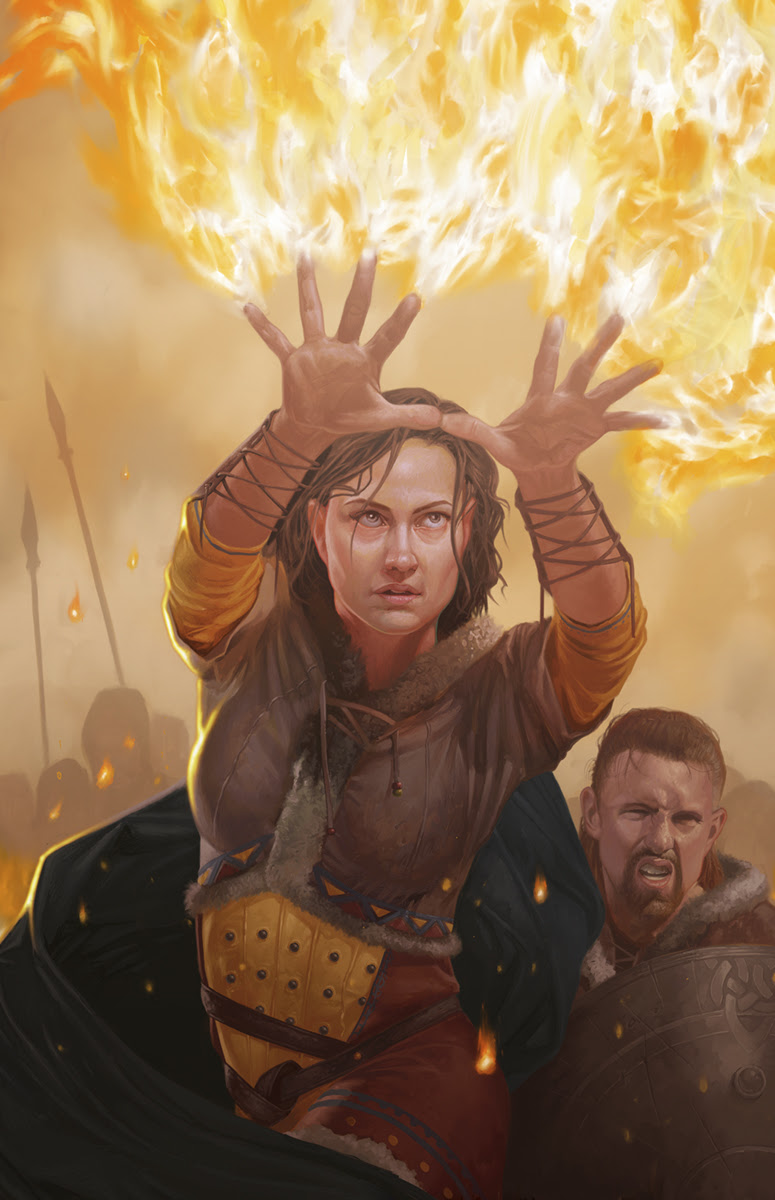 Two of the dwimmer-goblins were stunned and Vale followed with her Burning Hands, managing also to catch the hapless Kenny in the sheet of flames.  A fierce fight erupted and the big mixed-breed goblins soon came to reinforce their brethren, who had focused their attacks on the wizards.

Vale cast Change Self to disguise herself as one of the foes and pretended to take Y'draneal hostage, keeping both of them out of the melee.

Fierce blows were traded and eventually the goblins were pushed back to the doorway, but to Ivor's dismay he observed that the wounds of one of the "thoghrin" goblins seemed to be closing right before his eyes!

There was a tense moment when Hurtis withdrew from the line to pat down the prone Kenny and snatch his flask of alchemists' fire, briefly allowing the enemy to flank the other two fighters, but Sergei's quick footwork and skill with his ax kept them on their feet until Hurtis returned.

Once five of the armored goblins had fallen, the rest withdrew in good order, pulling the door shut behind them.

At this point Hurtis decided to cut loose with the alchemists' fire.

"Hmm.  You aren't a wizard or an alchemist and you've never actually used alchemists' fire before.  Do you want to throw the flask at them as they close the door, or do something else?"

"Okay, the door is almost closed."

"Light it with a torch!"

"The door is shut now.  Do you still want to throw it?"

3D6 damage later, a blackened and scorched Hurtis was somehow still on his feet.  Beyond the closed door the dwimmer-goblins could be heard preparing their defenses.

Kenny failed his death check and was found to have succumbed to blood loss and smoke and the young wizard's remains were abandoned without ceremony. 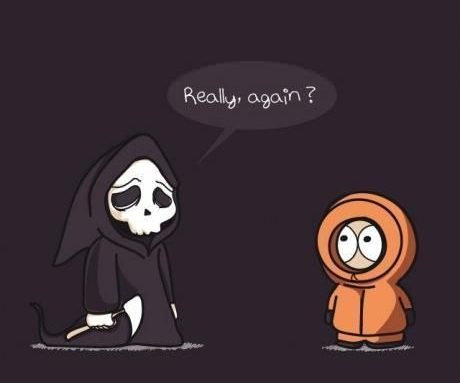 At this point the party retreated through a red-iron door into a narrow chamber filled with odd levers, buttons, and dials, and closed the door behind.  Y'draneal had picked the lock earlier, ignoring a goblin that commented that the door was locked and nigh-impregnable, and fortunately each of the dwimmer-goblins who had been present at that time now lay dead in the mosaic chamber ... in other words, the group now had a prime hiding spot.

The session ended with the five survivors hunkering down and bandaging their wounds in hopes of hatching a plan to retake level two and open a route of escape from Dwimmermount.

-----------------------------------
Apart from Hurtis's amusing blunder with the alchemists' fire, the crew was still a bit off this week in terms of their tactics.  Though they had fully intended to betray their alliance with goblins from the start, Vale's uncharacteristically sharp tongue pushed things toward confrontation much sooner than would have been advantageous.
Then too, while Kenny's demise might have been avoided if Vale had held her Burning Hands spell off for a slightly more opportune moment, her admittedly clever ruse of taking the elf captive meant the absence of Y'draneal's archery fire really made the front line fighters work much harder and face steeper odds (burning through all of their action surges, second wind abilities, and lots of hit points).  A couple lucky rolls from the goblins could easily have triggered a slide into a total-party-kill.
As much as anything, this session reinforced the idea that Armor Class trumps almost every other consideration in low-level D&D combats.  Plate mail and shield with a modest Dexterity adjustment on top creates the freedom to survive a tactical blunder.
Posted by Jarrett Perdue at Thursday, April 28, 2016