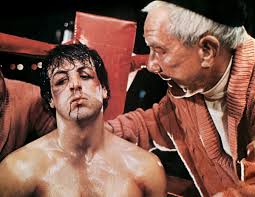 We picked up our 22nd session with the weary fighting-man Hurtis, at less than half hit points, trudging back to Muntburg after the group's latest foray into Dwimmermount.  He got no further than the market square before he was confronted by Watch Corporal Danthan, whose bride Hurtis had apparently insulted during a night of riotous living in Muntburg (Hurtis botched a carousing roll last session and the bill was about to come due ...).

Danthan insisted that his wounded honor demanded a duel, and so he pushed past Hurtis and through the main gate to await his opponent on the green sward just beyond the castle-town's walls near the archery butts.

"No, I don't think a wooden shield will restore his honor."


Luck was with Hurtis, however, and despite being the statistical match of his opponent, he managed to land three sharp blows in rapid succession without taking so much as a scratch in return!  Corporal Danthan, seeing that he was clearly bested, yielded and cast down his sword in disgust.

"Can I have that sword?"

The group decided to dismiss Glandal and Thoon, their two Dwimmerling henchmen, feeling that splitting experience points six ways had hampered them more than any added protection offered by the strange, little men had helped.


"They didn't do anything last time!  They just stood in the back."

Pausing only long enough to stock up on torches, four adventurers climbed climbed the long stair back up to the waiting megadungeon.


After a bit of debate, the group decided to try Kenny's map of level 2, unsure if and where it might join up with Y'draneal's more expansive charting of the second level.  However, before the group could reach the western stairs, they encountered a large, angry, gabbling horde of degenerate Dwimmerlings (who had apparently ascended the great shaft using some method yet undiscovered).

In the blink of an eye Y'draneal sped away, dashing off into the darkness and the deranged dwarf-things gave chase.  Sergei brought up the rear, struggling in his half-plate to keep pace.  As he ran, at each straight-away he was showered with sharp stones and crude javelins flung from the pursuing Dwimmerlings.  Fortunately, his harness and helm were proof against more than a half-dozen attacks and with advice from Kenny he slammed a door shut behind him, blocking pursuit.

Hurtis realized that he had been lugging iron spikes along all this time and so, while Sergei struggled to hold the door against the squirming ranks of enraged, naked, deformed dwarves, he drove wedges under the door to jam it in place ... escaping the threat but also cutting off the party's known route of escape from the dungeon.

Apparently unphased by this development, they descended to the second level, tiptoeing past patches of yellow mold, and straightaway came upon a pair of pig-faced, beastman sentries.

"I wasn't here that time.  I don't know what you are talking about."

"... and we both have shields and we're like 'rawr' and we stick our spears forward ... like Romans!"

"Phalanx?  Do you mean a phalanx?"

"That was a lot of effort just to say 'phalanx.' "

As Sergei and Hurtis locked their shields the beastmen turned and fled, perhaps recalling the great slaughter of their folk some days prior.

Pursuing cautiously, the group found a strong door on the left side of the hall barred against them.  Hurtis tried to weaken it with his ax, but heard the grunts and squeals of beastmen holding it shut from the far side.


When a series of barks and a strange howl echoed through the hallways from somewhere behind them ("Werewolves!"), they decided that rather than linger and risk being flanked, instead they would creep along the eastern edge of explored territory.   Discovering a second door into the heart of beastman territory, their careful map-work paid off:

"Hey look, I bet it leads right into the same room."


Hurtis assailed this door too, making better progress.  Within but a few rounds he brought it down, triggering a squealing, snorting stampede of enraged pig-men.  They had discovered the main lair of the creatures!

Though partially shielded by Sergei, Kenny (who moved to the front to cast his Sleep Spell) was quickly overrun and knocked sprawling upon the dungeon floor where he lay unconscious.


Y'draneal, always true to form, bolted ... he knew that his 9 hit points wouldn't last long in melee and he had no desire to push his luck.

Hurtis and Sergei locked shields and, each fighting man using his "Protection" feat to benefit the other, they were able to hold the hall against a veritable tide of nearly a score of scrambling, biting beastmen.


Even as reinforcements arrived, their long-tusked leader was finally provoked into a charge and they succeeded in bringing the brute down.

Out of "Second Wind," "Action Surges," and nearly out of hit points, the fighters watched in relief as the beastmen finally broke and fled into the far corners of the level.


Dragging the battered and half-trampled Kenny into the beastman lair (Y'draneal was nowhere to be found), Sergei and Hurtis discovered a large, make-shift throne and a chest.

"Oh no!  I'm not opening it.  I remember what happened last time."

"What if we just bring it with us?"

As the session wrapped up, the Fabulous Five were left in a tight spot.  Down in a mostly unexplored portion of level 2, their magic user lies unconscious and will require some time (maybe even a few days) to be back on his feet.  Each fighter is winded and spent, and, as far as they know, the door leading back into level one  and the world above is held against them by a mob of mad Dwimmerlings.

This was a fine session in which the four players exercised tactical sense, choosing when to press the attack, when to back off and maneuver, and when to gamble for a critical, tactical advantage.  Kenny's eagerness to cast from the front of the party eclipsed his caution, and it nearly cost him his life, and the jostling herd of beastmen soon trod on their sleeping comrades and awoke them again in any case ... but that was the only major misstep of the session.

This is the first session in which we ended with the group not only still in the dungeon, but down in the depths with no clear route of escape (also out of spells and low on hit points).

Beyond the obvious tactical challenges for the players, this creates additional hurdles for me as DM -- I have six regular players, how to drop-in Vale or Ivor if their players are present next week?

I'll have to think on this a bit.