Only one of our Dwimmermount regulars (Y'draneal's player) could stay for Tuesday's game, but it didn't take long to grab a couple new players and soon the cagey elven thief was joined by Serguy the fighter and a high strung rogue called "Master Pockets."

Y'draneal's pitch to the new recruits was both short and frank:

"Look, I've got the best map of Dwimmermount so far.  I drew it myself, I know my way around even without it, and I'll be your guide, but I need some mooks to get between me and the enemies in a fight.  There's a really good chance you'll get killed, but if you survive you might get rich."

Good to his word, Y'draneal, steered the small group through the Paths of Mavors and straight for the steps down to The Reliquary, intent on completing his map of that level.  Though they saw no enemies, something noticed them and began to follow, but they gave their pursuers the slip and made their way below.

Passing through the Temple of Truth, the party stuck to a broad, vaulted perimeter hallway.  At one point Master Pockets heard distant voices and Y'draneal risked tiptoeing down a side tunnel to confirm that it was another squad of the upraised goblins that they had met before, busy investigating an altar in search of loot.

Y'draneal stuck to his role as mapper and box man rather than negotiator, opting to bypass the goblins with stealth rather than risk a confrontation:

"Vale's friends.  We'll leave those guys for her to deal with." 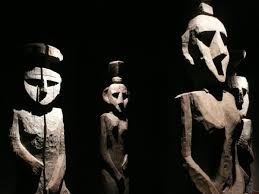 Poking about in a disused storeroom, the explorers discovered a collection of wooden statues.  As Master Pockets finished probing behind one of them and tried to step away, he was shocked to realize that one of the statues had closed its fist around the seam of trousers ... at which point he proceeded to freak out: 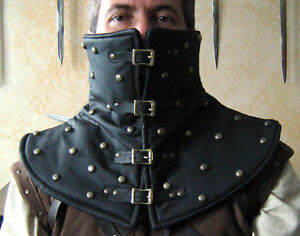 Y'draneal kept his head, taking a long stride back and nocking an arrow while Serguy brought his axe down on the wooden hand.  The statue's other hand clutched at the fighter's throat and only his stiff, leather gorget kept his windpipe from being crushed.


"Yeah, they'll probably all going to come to life and kill you guys.  I did warn you that you were probably going to die."

A second statue did animate, even as Serguy's second stroke split the first neatly from top to bottom with a resounding crack, but the group was able to dart around it and make their escape.

A bit farther along the broad, eastern hallway and they tried another unexplored hallway.  Beyond a door they came upon a half dozen more "super goblins," all watchful and ready.

Serguy back-peddled and, without Vale's charisma, linguistic training, or magic spells to aid communication, Master Pockets was thrust forward to do the negotiating:

"Um.  We are just passing through.  Please don't hurt us!"

Mercy toward the weak, unfortunately, does not appear to be a goblin virtue and Pockets found himself grabbed and roughed up while Y'draneal and Serguy both bolted back the way they had come.  Already low on hit points, Master Pockets was able to break free and stagger after his companions, but the goblins gave chase.

Confident of his ability to outrace these opponents, Y'draneal turned and began to ply his bow while Serguy felt a sudden twinge of conscience (which can be quite fatal in a dungeon) and turned back to battle the foes in an effort to rescue Pockets.

Serguy's axework was masterful and he dealt terrible wounds to one side, then the other while deflecting many blows.  Even as he fought his way to Master Pocket's side, however, the thief took a spear to the belly and fell stricken.


Once their numbers began to thin, the big goblins retreated into their hallway and sounded a horn to call in their patrols as reinforcements.

Pausing only to snatch up Pocket's crossbow and his vial of antivenom, the two survivors dashed back for level one.

Escape from Dwimmermount would not be quite so easy, however, as a pack of sapient rats (the creatures who had trailed them earlier on level one) sprang an ambush at the top of the stairs, nearly snaring the two adventurers before they could break free.

We closed the session with Master Pocket's player eagerly rolling up a new character for the others to meet next week in Muntburg ...

"I want to play again next week.  Risk was starting to get kind of old."

It seems Dwimmermount has won a couple new converts.