We had only two of our four regular players on hand when we began our latest session of Dwimmermount, but it was easy enough to recruit two fresh players from the ranks of our after-school club -- one taking the role of Ivor of the North (an NPC henchman) and the other taking control of Hakka, the wizard who aspires to discover the deep secrets of Turms Termax and perhaps restore the Tellurian magocracy. 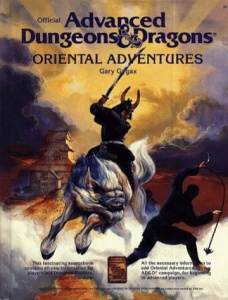 Though I don't like the continuity breaks that having more than one player control a single character can cause, I went this route because the group had made headway in exploring level one and I didn't want to sacrifice that momentum for a long round of character generation (which isn't terrible in 5th edition, but it's certainly longer than anything in the D&D line prior to the release of Oriental Adventures).

Having detonated a few azoth bubbles (basically raw magic seepage) via a clever use of Mage Hand, a pack of beastmen, spooked by two earlier encounters but drawn to the noise, closed in on the party.  They overtook the adventurers beneath the marble statue of Saint Mavors, Patron of War, in the center of level one and a fierce fight erupted. 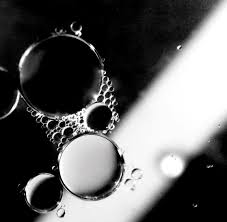 The explorers concentrated spell and missile fire on the largest of the beastmen, a big brute wearing an antique shirt of mail, bringing it down before the melee was joined.  However, rather than flee when their captain fell, the squealing, pig-like humanoids charged with renewed ferocity.  Outnumbered two-to-one, and cut off from the Red Gate, the adventurers dealt sharp blows, Grim the rogue felling three enemies before a mace blow to the back dropped him to the passage floor.  Y'draneal disengaged from the fight, leaving Ivor surrounded, and used his elven speed to fall back and fire his bow with considerable effect.  Soon the beastmen broke and fled again, but not before Hakka was hit by a thrown club and felled.

Both Grim and Hakka succeeded in their fifth and final death check -- Grim's player in particular was a bit white-knuckled as he made the final toss.  The party did a quick, cursory looting of their dead foes, stripping the reeking chain shirt and taking a buckler, before withdrawing with their unconscious fellows to a side room and spiking the door shut.

Hours (and many wandering monster checks) later, they moved out again, chancing a glance into but two more rooms.  In one they found, to their delight, that beneath heaps of smashed furniture and broken pottery there were several handfuls of tarnished coins, struck during the long-ago fallen Thulian Empire.  They gathered these eagerly -- the first treasure haul of the campaign!

As the party picked their way back toward the statue of  Saint Mavors, something in the tunnel ahead reflected Hakka's Light spell back in a queer, twisting, pinkish sheen.  When the group halted they saw a heap of beastman bodies, sprawled in death, slowly hovering toward them along the tunnel floor.  Hakka consulted Y'draneal's map and quickly picked an alternate route back to the Red Gate ... the adventurers fled before whatever this strange new foe was, and made their escape down the long stair and back to Muntberg.  Their first expedition to Dwimmermount was over!

0 fails = stunned, back in action with D4 hit points
1 fail = unconscious, back in action with 1 hit point after a short rest
2 fails = maimed, the character is out of action until after a long rest and suffers some permanent side effects (loss of an eye, limb, D6 points of a stat, etc.)
3 fails = dead (no Raise Dead in this campaign)