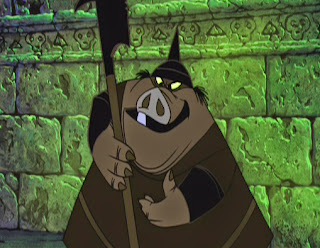 There are seven of them confronting the wizard and the rogue who've ventures far from the rest of the party ... one has been Charmed, but since Haka the wizard doesn't speak their language he doesn't really know that ...

Furthermore, and to my great delight, based on my description of hunched pig-faced bipeds with small pink eyes and long yellow tusks, the players don't actually know that these are "orcs," nor will they use that name at any time over the hour and a half of play that follows.

Instead, the grunting, pig-faced horrors in antique Thulian armor are dubbed "beastmen", and so they remain.

This of course is a DM's dream ... players who are so new to fantasy RPGs that, despite a layer of Skyrim in their background, even the most basic monsters are experienced as shocking, unique and new -- there are no expectations or assumptions -- all is as new and titillating as that first dive into the weird depths of a Molvay boxed set.

In the face of all this uncertainty, 1st level Rogue (Thief) Grim, whose player tends to be extremely impulsive, does the most rational thing possible: he runs as hard as he can to stay ahead of Haka as the two flee for their lives.

Naturally, the upraised beastmen give chase -- it's what they were bred for after all.

A good five strides ahead of Haka, whose glowing hat has been lighting the way, Grim makes a critical choice: he throws open the first door he comes to and dashes inside.  Haka follows and they bar the door against the pursuers (first trying to wedge it shut with a dagger until they realized that they were carrying iron spikes ... so that's what those are for!).  The beastmen promptly begin breaking through the door.

Ignoring the psychic-echo apparitions of a pair of long-dead Thulian legionnaires (arguing over a phantom board game), Grim leads the dash through another unexplored door ... and back into the hallway just behind where the beastmen are gathered. 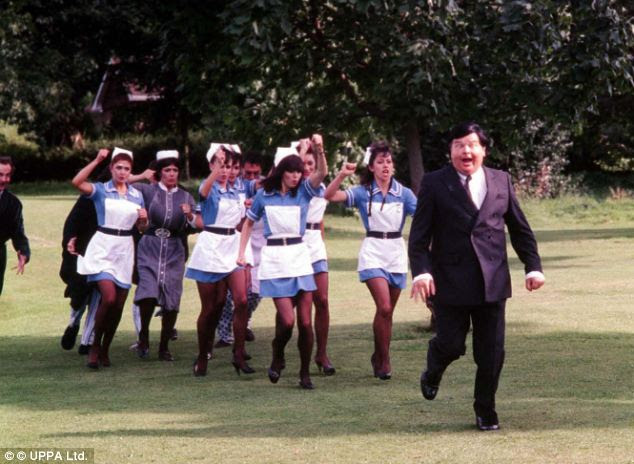 A lap or so later, and Grim and Haka barrel back toward the Red Gate, creatures still in pursuit.  With the entrance to the dungeon just coming into sight, Grim makes another daring move: he flings himself to the right and through another unexplored dungeon door.

It should be clear by this point that the idea of trapped doors does not yet exist for these players ... these guys have never experienced The Keep on the Borderlands, where practically every entry tunnel in The Caves of Chaos is trapped ... in fact I bet the single most common first encounter across 40 years of D&D has probably consisted of explorers falling into that stupid kobold pit trap in "Cave A"!

As Haka dashes onward, leading the beastmen back toward the rest of the party, Grim shoves the door closed and stamps out his torch!

However, a quick Wisdom (Perception) check for the lead orc favors Grim, and all seven thunder past in pursuit of the wizard and his glowing hat.

Squealing, Haka dashes toward where 1st level wizard Vale and her pair of hired men-at-arms wait, weapons at the ready.  Fortunately for the novice explorers, the dice are reasonably kind and within the next four rounds several beastmen drop or are injured before Ivor the fighter falls to an ax-stroke that creases his helm.

Meanwhile, elven rogue Y'draneal hasn't been idle and, not liking the odds of a 5-to-7 fight, he had slipped away in the dark to tug open yet another door ... only to find a second patrol of orcs moving steadily toward the commotion! 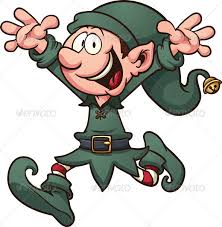 A total party kill is clearly in the off-ing, when Y'draneal makes a critical choice: he flees away from his party and into the darkness, leading this second band of grunting, murderous creatures in a merry chase through the northeast quarter of the dungeon (5th edition elves have a 35 foot base speed, making them more fleet of foot than many dungeon critters).

With the second patrol having been led away, again the impulsive Grim shows his worth.  Creeping from his hiding place, he follows the sounds of battle past the entry hall and down a narrow corridor.  Springing from hiding he backstabs an orc-ling and its dying squeals from the rear trigger a general rout!

The party survives its first foray into Dwimmermount and lives to fight another day!