Homeguard B/X Group: Against the Cult of the Reptile God 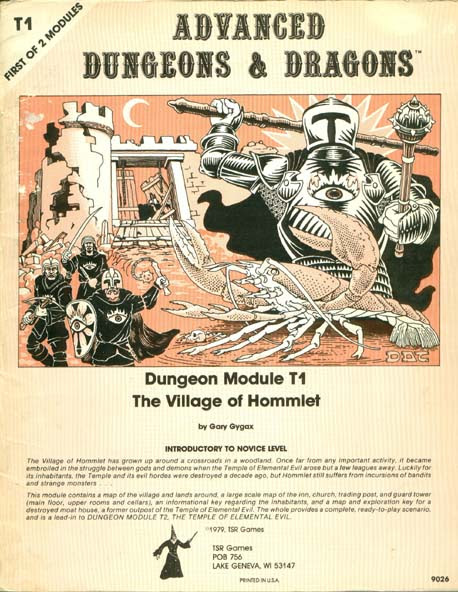 Unlike most "old school" Dungeons & Dragons players, I'm no great fan of classic TSR adventure (T1) The Village of Hommlet.  I know it introduced a generation of gamers to "town-based" adventures just as (B2) The Keep on the Borderlands was my gateway to dungeon exploration, but I think (N1) Against the Cult of the Reptile God provides a better (though not flawless) introduction to role-playing beyond crypts, mines, and the like. 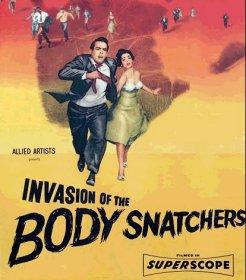 My players are 6th grade and younger, so I played up the deadpan tones of various charmed cultists even while emphasizing their friendly invitations, quickly putting the players on their guard and giving the whole thing a 1950s-why-are-they-all-staring-at-us-Sci-fi-feel.  Soon, without much evidence, the players developed a theory that something was wrong with either the town's drinking water, the ale in the Golden Grain Inn, or both!  When the halfling decided to go snooping about a bit on his own things took a sudden turn and a running battle against cultists and their reptilian allies began.  In the confusion another party-member was kidnapped and the focus shifted to trying to rescue her before she could be converted to the forces of eeeeevil.
Because I've mashed up 5th edition D&D's Hoard of the Dragon Queen with other adventures for my Homeguard! campaign, some of the ranking cultists, such as "Abramo" the obligatory evil cleric, were recast to have a more dragon-culty spin to them.  I also created a tie-in by giving Abramo a schticky Eastern European accent and hinting, following his capture, that he was originally from Barovia and had helped lure the characters there to shake them off the trail of the dragon cult and in the belief that the adventurers would be destroyed by the vampire lord of Barovia.

Abramo defeated and the old hermit on the edge of town turning out to be none other than Leodin, an ally first met in (B5) Horror on the Hill, the adventure forked.
Would the players:

A. choose to trek into the Rushmore Marshes to discover the source of the magic that held so many townsfolk enthralled

B. follow the treasure smuggled out of Orlane to where the dragon cultists were trying to amass a large enough hoard to summon Tiamat the Dragon Queen back to their world?

The gang chose the first option, and by the end of five sessions they had pounded through the upper marsh dungeon.  In the future I expect they'll want to try out the other plot trail and I'll roll them into Castle Naerytar, skipping the "On the Road" (where I already inserted The Great Escape scenario) and the dull "Roadhouse" portions of Hoard of the Dragon Queen.

Weaving together these two adventures (though 32 years and five editions of D&D separate them) has been quite a lot of fun!