Yesterday marked the end of the first week of this summer's middle school Strategy Games Camp and the conclusion of our four-day tournament.  In the morning the kids mixed it up with a rapid-fire round of shorter games, allowing the winner at each table to earn "boosts" for the morning's big game: a naval engagement spanning the entire cafeteria!

After customizing their ships with more Hull Points, extra cannons, or better rigging (for greater speed), the naval action was fast and furious, with each of six vessels manned by a captain (in charge of movement) and a first mate (who handled all the cannon fire / marshmallow throwing).  Ships crisscrossed the cafeteria, racing to each of four check points in any order they wanted, picking up extra troops to bring back to the main tournament Risk board. 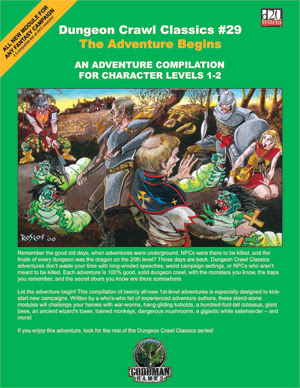 Pushing into the noon-time hour, the main board became stage to a frantic tug-o-war across nations as each team spent the gold their players had earned via victories throughout the week to purchase additional armies.  In the final three rounds first the Markland team, then the Bhatvian, and finally the Walvian team expanded recklessly, only to spread themselves perilously thin and be pushed back to the verge of extinction (which is basically the way of most Risk games where younger players or extreme excitement are involved).

The Walvian team managed to hold on until the very end and used their position as the very last nation to take its turn to claim a record 31 territories, winning the tournament decisively.

With the pressure of the tournament behind us, after lunch the kids spent their last two hours playing games of their choice and I was again pleased when five students asked to continue with my Olde School Wizardry RPG.  This time we tackled Dungeon Crawl Classics: Lair of the White Salamander from The Adventure Begins anthology.  Though one wizard was turned into a minnow and devoured by a swarm of crabs and another melted and washed away under the strain of his own spell casting, the other three lived, defeating the scenario's boss monster by accidentally Transmuting one of their number into a cyclone and battering their enemies to bits!

A good time was had by all!
I'm looking forward to next week and part 2 of this year's camp.