Farewell to Phandalin: Part III - Reflecting on the Journey

So, now that I've played exactly 30 sessions of "5th Edition" D&D and the final curtain has closed on our (still) Lost Mines of Phandelver campaign, I want to indulge in a little reflection and perhaps ponder what I've learned about 5th edition along the way.


1.) 5th Edition character generation is a bit too fiddly
... at least for our romping, short-attention-span, middle school play style.

All the little legacy abilities that come from each race, class and subrace get to be a bit much (unless you have them memorized).  They slow things down on the front end, and the players often forget about them during actual play.

I wish the Starter Set had come with about 15 pre-generated characters rather than six or so, but I'm sure there are plenty of free sources online now via fan sites.


2.) Free-form, fast-paced combat is back!
Fights are fast, furious and light.

The entire Battle of Phandalin lasted only six rounds ... about an hour of actual play time ... which isn't too bad considering that we had one DM, six players, and about 30 dice-rolling creatures involved -- averaging just over a minute per-player per-round.

Never once did anyone use the words, "attack of opportunity" or "five-foot step" -- Good riddance!

3.) 5th edition has CRAZY HIT POINT INFLATION,
... but I guess that's okay since all the damage is inflated too.

Still, it would be nice if practically every die roll didn't have ability score or proficiency modifiers slapped on.  Despite 40 hours of repetition, my players frequently forgot to add one bonus or another, it slowed play as we waited for them to count on fingers and toes ... sometimes we just reverted to a straight 1D6 roll. Then again, when I was a kid I learned to multiply and calculate percentages not via my math classes (which were fine), but by playing D&D ... so maybe I keep the modifiers.  Heck, maybe I should add more.


4.) Cantrips are RIDICULOUS.
Yeah, clerics and wizards working as fire-at-will blasters from level one is an idea I'm still getting used to.

I think if all cantrips except Prestidigitation, Mage Hand, and Thaumaturgy were reclassified as level one spells I'd be happier.  If I run 5th edition again I'll probably make that a house rule.

And while I'm talking spells, a 1st level cleric dropping a Guiding Bolt for 4D6 damage is a BIG paradigm shift over my beloved Moldvay Basic D&D where the cleric has to "prove his faith" for an entire level before gaining access to ANY spells at all.

5.) TPK is for REAL, Y'all.
We had, let me count ... two true total-party-kills and about 15 PC deaths over the course of our 30 sessions with the (still) Lost Mines of Phandelver.  About two thirds of all characters were slain.

Now granted, a LOT of that was due to things like poor / no planning, friendly (spell) fire, and not knowing when to retreat, but these first couple levels are just as deadly as they were in 1981! 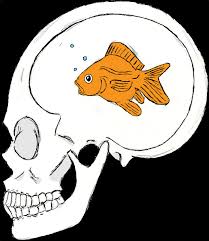 I get that, as a product, D&D has had to change to meet the expectations of an X-Box Generation, but I still can't help but to feel that there is something really special about the old school 2,000 xp slog that it takes to reach that elusive second level.  And man, the vaunted heights of level four (level title for fighter = "hero") ... that milestone just means so much because the journey is both long and uncertain.

Each of my players will be moving on to high school next year, though I hope some of them will come back to see us in the library from time to time and take their turn at being the cool older kids (via The Chet Factor).

I guess I'm glad that I went to D&D 5th edition over Pathfinder or another game this year for our main RPG.  I want students to be able to look back one day and say, "Yeah, I played D&D in middle school -- it was crazy."

There's value to continuity and shared language that means something beyond the peculiarities of any particular set of rules.  I feel like I've helped my after-school crew participate in the Great Chain of Nerdery that stretches back to Wisconsin and 1974.

In fact, my players will be alive when Dungeons & Dragons reaches its 100th birthday and, assuming that they will be just as unabashedly nerdy and cool as they are these days, when listening to NPR (doubtless piped directly into their brains as they travel around in their flying cars) and hearing a short segment mentioning the anniversary of the game, they'll be able to regale their grand kids with stories about owlbears, halflings, wizards, magic staves, and ... if their memories are really sharp ... a little town called Phandalin.
Posted by Jarrett Perdue at Sunday, June 14, 2015