With only about thirty-five minutes of time left in this year's after school games club remaining, things were looking pretty desperate for the sad village of Phandalin. 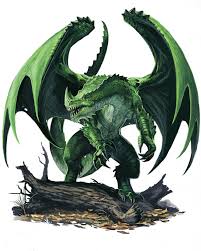 Facing an assault by a fierce green dragon, who had followed the explorers back to their own "nest" from its lair in the ruins of Thundertree, the Redbrand brigands (led by Glasstaff the wizard), Cragmaw goblins (along with their berserk owlbear), and few surviving adventurers formed a hasty alliance to try and repel the beast.


Now only a handful of the defenders were still alive after a score of them had succumbed to the dragon's terrible, toxic breath weapon.


Finally, a desperate Glasstaff played his ace-in-the-hole even as the Cragmaw warchief bravely broke cover to hurl a javelin (scoring a critical hit and puncturing one of the dragon's wings).

The adventure writers had equipped the wily wizard with a single-use fireball scroll, though as the module is written the evil spellcaster isn't encountered in open enough an area to actually use it.

Well that wasn't going to be a problem today! 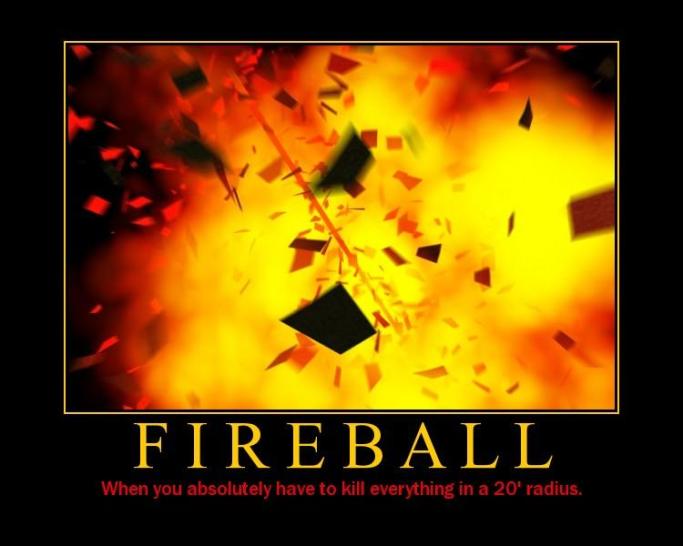 Peering around the corner of a damaged cottage, his eyes streaming from the poisonous fumes unleashed against the village, Glasstaff cut loose with the scroll and pounded the dragon with a 30+ point blast!


I make all my rolls in the open, so when the dragon's saving throw came up a mere 6, the players knew it was curtains -- the great green beast tumbled back down into the alley -- vanquished at last!

Cheers around the table.


Following the fall of the dragon, in which about a third of Phandalin was destroyed, a couple of things became clear:

1.) There was now an UNGUARDED dragon hoard in Thundertree.

2.) In all the excitement, nobody had thought to tell the owlbear what to do next. 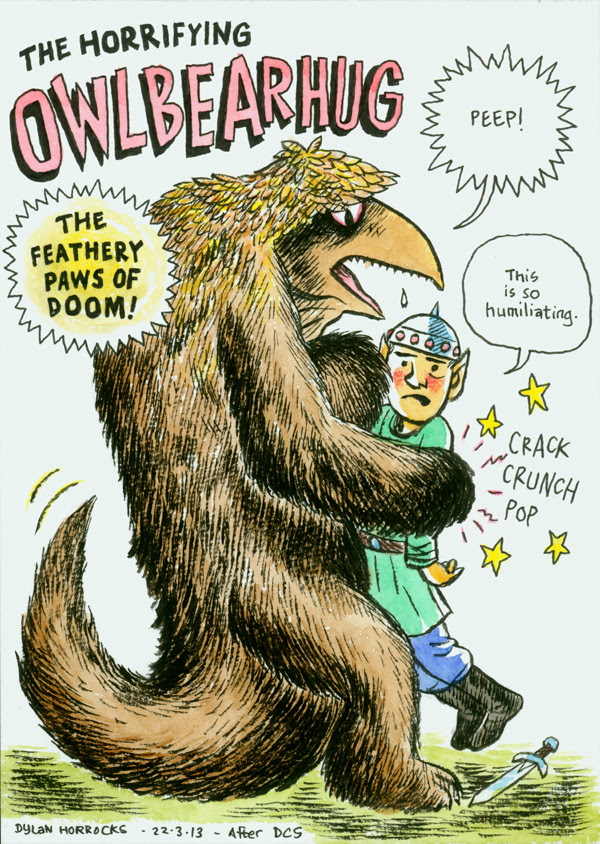 We rolled on our special owlbear chart: "Attack nearest creature, friend or foe" ... none other than the victorious Glasstaff!


The evil wizard had survived melee and pursuit by an angry dragon only to fall under the claws of an owlbear right in the muddy lane of the small town he had risen to dominate.


Meanwhile, the goblin warchief, pausing only to toss Staffling (a former-halfling-turned-animated-staff) into the burning ruin of Barthen's Provisions, led his surviving bodyguards out of town and onward toward gold and glory!


While the rainfall began to slacken, Ted the Goblin and Lol-the-slightly-less-evil-wizard rescued a scorched Staffling (via a timely use of Mage Hand), the last two Redbrands attacked the owlbear to avenge their fallen leader.  The raging beast flung the broken body of one aside and began to pursue Lol, only to be brought down at last.

The Battle of Phandalin was now well and truly over. Leaderless, the the last surviving brigand limped off to seek new employment, and Lol checked on the party's fallen wolf.

A natural 20 on his Death Check confirmed that, against all odds, the poor, battered animal still somehow lived.

So, the storm now passed and the sun daring a final, brief appearance before it set, Lol the wizard, joined by Ted the goblin (all past treacheries forgiven), and leaning heavily on a slightly charred Staffling, slung the bedraggled wolf over his shoulders and set out in search of new horizons.

Farewell to Phandalin: Part III - Reflecting on the Journey
Posted by Jarrett Perdue at Tuesday, June 09, 2015