What is Your Table Asking?

Hey GM, your game table is asking questions, are you listening?

Then yesterday I found this thread on enworld by Bullgrit, touching on some of the same themes.

Back in the day, when writing my own material (about half of my adventurers), my process would invariably go like this:

Thirty years later, my approach has only one thing in common: I still start with a map.
A great map (or even just decent one) fires my imagination for a setting and conveys a sense of place in ways that great descriptive text or even photos simply cannot.

Beyond the map, however, for me prep consists mainly of just thinking about the setting while doing other things ... while driving, while shaving, while mowing the lawn.

While I'm preparing, I'll make a point to read things that have nothing to do with the setting.  It's cool how often a weird synergy emerges between, let's say, a wizard's tower I'm getting ready to introduce and a book about Northern Africa in the 1880s, or a slavers hideout that I'm imagining and a website about the distillation process.  Spontaneous connections are made and the setting becomes that much more real to me because of its details and idiosyncrasies.

These days, apart from the initial map, I commit almost nothing to paper prior to actual play.  I can mentally stat any monster I care to use on the fly, unless dealing with the complexity of 3rd and 4th editions of D&D.

[an aside: perhaps the disaffection that some gamers have expressed for those editions, particularly complaints about increased complexity, stem from a similar inability on their part.  Then again, I'm sure that, for those who devote the time, those systems can become intuitive as well.]

Apart from a few notes about setting idiosyncrasies and major NPCs (accents, motivations, modus, and specific consequences in the game world if no one interferes with their plans) very little actually gets committed to paper ahead of a session ... that often just on index cards.

Instead I rely on the questions that percolate up from my table during actual play.

A good question is just as likely to come from a player as from me:


Rather than try to predict or predetermine the myriad choices of my players ... my brilliant, unpredictable, creative, contrary players ... and plan for every eventuality (that way madness lies), I instead just surf the wave:
An Example:

Eschewing the quest as offered, the party has chosen to abduct the merchant who was attempting to hire them in order to hold him for ransom.  Now all they need to do is sneak him out of town.

The question emerges quite naturally from the table:

"With the nightwatch already alerted by the kitchen maid, will a patrol overtake the characters as they slip through the streets toward the docks?"

It's dark, there isn't far to travel, and none of the party is wearing metal armor, so they have an advantage.  If written down, my mental scale would look something like this:

Knowing the setting intimately by spending down-time visualizing it in advance helps me frame questions about what's around the next corner intuitively rather than by reference to static encounters or even charts (and I do love charts).  What's cool about this approach is that I end up surprised by the interaction of player initiative and campaign setting almost as frequently as my players are.

Because, often as not, the questions are player-initiated, and because, creatively-speaking, it's the questions that really matter, the players have as much a hand in creating the action and influencing the theme, plots, and nuances of the campaign world as I do.  It's really a collaborative process at that point. 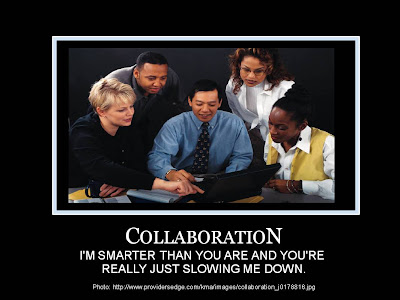 Nothing in this approach precludes the use of published materials and adventures of course, I still gleefully run modules from the 80s for my Homeguard group, it's just that openness to the questions that the table asks (and the freedom of the players to make meaningful choices) means being willing to accept the fact that 80% of that material may never get used when they decide not to follow the anticipated plotline after all.

By keeping things loose and flexible, rather than spending my energy trying to corral the group, I find that I'm able to pay closer attention to the table.  The mood and energy there tell me exactly when it's time for a puzzle encounter or an obvious trap that needs to be carefully bypassed, and when it is time to kick the pace up with a romping combat encounter.

If you run games, what style do you prefer?

Prepared and by-the-book?  Seat of your pants improvisation?  Or something in between?  Do you adopt different styles for different groups of players?
Posted by Jarrett Perdue at Thursday, August 07, 2014