Ability Scores: A Character Built for the Dungeon?

If we were to re-engineer the ability scores of a classic adventure game like Dungeons and Dragons not around the abstract and eclectic wargaming roots that it emerged from, but instead around the concrete actions and themes of dungeon exploration, what might that look like?

This is not without precedence in old school games of course.

In TSR's Marvel Super Heroes (1984), every character's very first ability score is "Fighting" while in TSR's Gangbusters (1982), one of the six abilities defining every character is "Driving".
This communicates a lot about what those games are all about, and aligns with the primary activities of the game.

So what would a stat block look like if it were built not from the classic formulations D&D has used since 1974  ("Strength, Intelligence, Dexterity, Wisdom, Constitution, Charisma"), but rather built around assumptions made about the fundamental activities of dungeon crawling?

Here's my crack at it:

So a character with ability scores built with dungeoneering in mind, each score rolled 3d6 in order of course, might look like this: 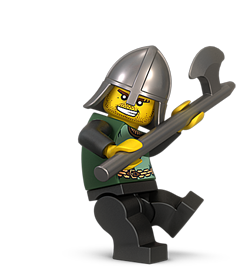 This is a silly exercise of course.

The Arneson & Gygax formulation has served just fine for the past four decades and certainly doesn't need to be overhauled at this late hour.  Still, it's fun to imagine how things may have developed differently with just a few minor changes to the basic organization of characters.

Would distinct character classes or party roles have emerged, or would there just be variations on the basic dungeon-explorer theme?

On the other hand, if that original template for role-playing characters had been less abstract, more complex, and more focused on the core activities of the game, would it have proven less versatile and ultimately less durable and engaging in the long run?  Would D&D have died out after a ten years or simply remained utterly obscure?

Perhaps the four-decade long endurance of D&D (and its many offspring) rests not in the specificity of its ability to simulate action, but rather in the very abstraction of its system.

In the face of longer, more specific spell descriptions, longer, more detailed character stat blocks, and longer monster descriptions from OD&D to AD&D to 3rd Edition, the strength of abstraction makes a pretty interesting case for the continued place of minimalist, rules-lite sets like Risus, Labyrinth Lord, and Dagger for Kids within the hobby.
Posted by Jarrett Perdue at Monday, August 11, 2014