With the party split (Vale off masquerading as a dwimmer-goblin and Hurtis in captivity on level two) our latest session focused entirely on the exploits of Y'draneal, Sergei, and Ivor down on level three.

The trio were fairly cozy, sitting in the dark, locked in some kind of old control room waiting for Vale to return, but as time wore on their patience began to wear thinner. 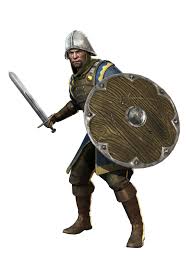 Did they have any food?  Yes, enough for a couple of days in a pinch.
Light? A half-dozen unlit torches.
Water?  Perhaps only half a bottle ... clearly not ample for an extended stay.

Without abandoning his duties as party mapper, elven Y'draneal stepped to the fore to became the leader in Vale's absence.

Hearing a dwimmer-goblin patrol approaching, the explorers darted through the southern door and closed it just in the nick of time to avoid detection.

Before long, however, they ran afoul of a clutch of horrid, eyeless, flat-bodied arachnids, each about the size of a dinner plate.  These creatures, quickly dubbed "ticks", had appallingly thick hide that turned blow after blow.  After resorting to using Sergei's trademark crowbar to pry the nasty things free (just as often leaving a few of their limbs behind), Y'draneal saw that they were outnumbered, unlikely to rout this foe, and so he led the retreat through a nearby hatch. 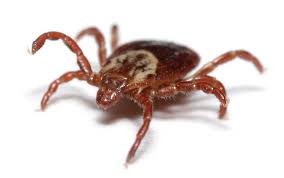 One tick rode along on Ivor, its finger-like mouth parts scrabbling against his armor in search of a seam, even as Sergei heaved the hatch shut behind them.

A long, odd fight followed in which the adventurers took turns prying the solitary tick off of each other, trying to pin it in place without getting bitten, stabbing at it (an AC 17/2 defeated most of their efforts), and eventually splashing it with acid.


The dreadful parasite continued to twitch even after a blow from Sergei's ax cut it in half, leading to a decision to stash the remains in two separate cabinets chosen from among those shelves and niches lining the walls of the room.  This in turn led to the discovery of a strange, black baton that made the hair on the back of Sergei's hands stand up when he held it.

"Maybe it's magic, or some kind of electrical thing."

Cheered a bit by this discovery, the small group pressed on through another hatch into a chamber festooned with broad, translucent lenses, altar-like consoles adorned with levers and raised studs, and snaking cables of shining, braided orichalcum.

Sergei set aside his usual caution and began to fiddle around with the switches and buttons a bit.  His experimentation was soon rewarded as a low hum filled the room, lights began to flicker on overhead, and a bit of arcane scrawl crept across the curved nephilite lenses.

With his keen elven hearing, Y'draneal detected vibrations and humming at a variety of different pitches echoing through the floors, walls and ceiling, not just of this chamber but throughout the surrounding stonework for a considerable distance.  Elsewhere there were distant groans, banging sounds, and the occasional flicker of cold light as if the whole of the dungeon was beginning to stir and wake!

None of the three explorers had so much as a whit of arcane training, and they soon decided that they were into matters well beyond their depth.  They resolved to leave the room without any further tampering until Vale could be brought here to sort things out properly.

Passing through the far hatch they soon came upon a chamber choked with large, silvery-black fungus.  Realizing that more than a half-dozen of the ticks lurked beyond the hatches behind them, cutting off hope of a safe retreat, Y'draneal dared to enter first and promptly dropped in his tracks!

Ivor managed to snare Y'draneal's belt with the hilt of his great sword, and dragged the elf back within reach of the hatch, exposing a grim layer of bones just beneath the carpet of fungus.

Y'draneal still had a pulse (though we learned that elven hearts aren't located in quite the same place as human ones), but remained in his swoon for a time.

Trapped between dangerous fungus ahead and killer ticks behind, despair began to set in as Ivor and Sergei considered how long they might be stuck down here. 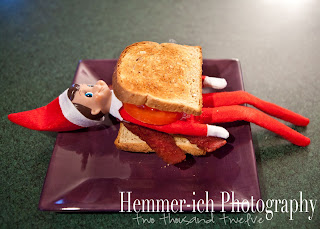 "It wouldn't really be cannibalism; you aren't human."

When Y'draneal eventually came round (thankfully not missing any important bits), it was decided that their best option was to brave a second dash through the chamber of the ticks.  This was accomplished and the two fighters had their platemail to thank for avoiding grisly exsanguination.

The trio discovered a chapel dedicated to the patron Thulian Saint Tenen, patron saint of craftsmen and smithies.  A statue of the saint graced the chapel, but the head had been replaced with the now familiar stone visage of Turms Termax, dating back to a time when Termaxian cultists had controlled Dwimmermount.

Looking for a reasonably safe place to hole up and rest, the party tried one more door -- an odd, translucent one.   Within the small room beyond they discovered a trove of carefully stacked, polished, metal disks -- each a foot across -- but the dim places beneath the storage shelves began to crawl and disgorged a trio of shadows, intent upon draining the explorers strength away! 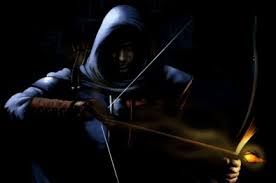