Tuesday, in our 5th edition middle Lost Mines campaign, my middle schoolers slogged back out to the Craegmaw Goblin hideout for a fifth visit to that modest cave complex.

I'm confident that the writers intended exploration of the goblin hideout to last about one session. 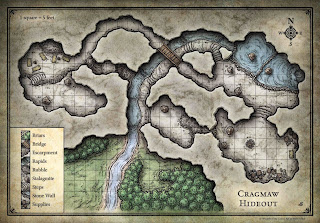 It's basically just four rooms.  Now, for a second, imagine if we were playing Keep on the Borderlands from my own long ago beginner boxed set, and the "starter dungeon" looked like this:

Holy cow!  They could spend years mucking about in the Caves of Chaos!

The writers expected the players to try and rescue Sildar Hallwinter, their employer, from the clutches of the goblins (rather than flee and leave the poor guy to his fate), and failing that, once Sildar had been killed, I figured that they'd at least try to avenge the guy (especially when the party's cleric was placed under geas by Hallwinter's ghost).  Nope.  Instead the caves have become a regular pit-stop on what seems to have been one long, rambling, and violent road trip ... but then that's exactly the kind of surprise you sign up for when you make player agency and choice a priority over plot design and story arcs.

So, it really should come as no surprise that, having failed to win the hearts and minds of the people of hamlet of Phandalin, rather than fight yet another inconclusive clash with the Redbrand Gang, the players would choose to make the (now empty) Craegmaw Hideout into their own base of operations.

While the wooden halfling continued his transformation into something that looks a lot less like this: 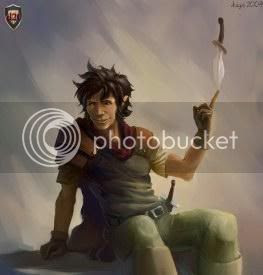 ... the rest of the party got down to the serious business of renovating and redecorating the place ... because ... you know, if there is one thing that adventurers crave more than gold it is interior design on a reasonable budget! 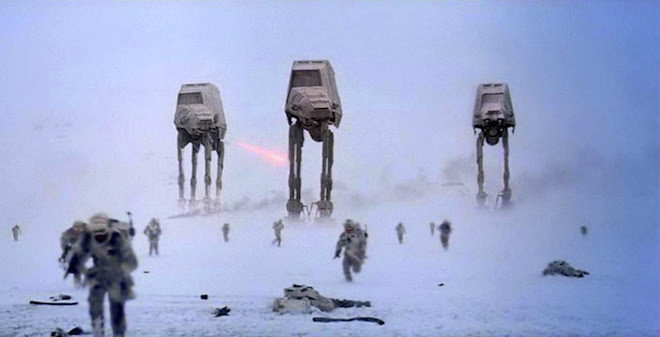 Well, what's the sense of having your heroes set up a secret base on Hoth if it never gets attacked, right?  So our closing scene was of a lone goblin, a scout for the main strength of the Craegmaw tribe, wandering into the cave to gawk at the characters as they worked on rebuilding the bridge and trying to fashion some basic defenses.

Next week, as the end of the school year creeps up on us, we'll fight the Siege of Craegmaw Cave (Alamo style!) and see if the gang can survive the onslaught.
Posted by Jarrett Perdue at Thursday, May 14, 2015