The Lost Mine: Just a Few Coppers More 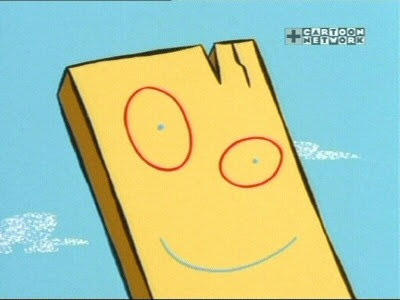 Having survived their first excursion into the ruined village of Thundertree rather handily, the middle school players of my weekly D&D 5th edition group decided unanimously to plunge back into the maze of crumbling, overgrown cottages and dense briers.  The pair of wizards, wooden halfling, sneaky-elf and goblin (with chicken) were joined this time out by a grizzled, one-armed fighter-turned-trapper ("Lefty"), who added a little much-needed muscle to the group.


Having dealt with four shambling undead last session, I was curious to see how the explorers would fare when, after several minutes of meandering progress, ten more deadites staggered out of the brush -- this time coming at the group from ahead, behind, and their right flank!

Surrounded, would the group panic, splinter, and get picked off as they had in earlier sessions when faced by orcs, brigands, or loping ghouls?

Turns out, not-so-much.  The group kept up a steady rain of missile fire, concentrating shots on the nearest enemy until it dropped, before shifting to the next target.  The dice were kind too, and a few critical hits led to what we soon called "Daryl-ing."

Still, with over 20 hit points a piece, these undead could take quite a licking before going belly up and, perhaps inevitably, they eventually made it into melee.  Lefty was badly mauled when one of the deadites got between him and the shield he was using to bash them aside.  Ted the goblin, at the rear of the group, bested another foe with his shovel when a stray arrow caught him in the back.  Down to zero hit points, he hung on through five death checks before finally stabilizing.  Even with these set-backs, the adventurers still came out on top and vanquished the last of their undead enemies.

Seeking shelter in a tumbled cottage, one of them spied a heavy wooden coffer with broad iron nail-heads trapped under the roots of a tree.  While the wounded rested and a wizard kept watch, the others eventually hacked enough roots free that they were able to break the front of the box open.  Boo-yah!

Strange but true: since we started playing The Lost Mine of Phandelver back in September, my players have never scored a significant haul of treasure!  There have been opportunities, but time and time again the group would turn back when traversing one more chamber or breaching one more door would have revealed some cache of wealth.  But now, at long last, the gang got their hands on some serious cash ... however ...

... maybe it was the creepy elven cleric's flashy combat spells, or the sound of tools ringing off roots and stones while opening the box, or the scent of blood from the wounded, or perhaps it was the very smell of gold in the air ... but whatever the case, the adventurers had attracted attention and big trouble was about to arrive!

To be fair, I foreshadowed carefully with a cloaked figure watching the party from afar and a cold, growing sense of  dread falling across their hearts, but the lure of treasure was too strong and, to the man, they decided to stick around while the elven cleric jammed just one more handful of tarnished coins into his pack rather than escaping the blighted ruins while they could with the gold they were already carrying.

So it was that the terrible green dragon of Thundertree caught them there, squatting in amid the weeds and thorns, trapped as much by their greed as anything else!

Next time we play we'll see if any of them can figure out a way to get out of this mess alive, or if another Total-Party-Kill waits just around the corner!
Posted by Jarrett Perdue at Monday, March 23, 2015