Exercises in fantasy demographics (e.g. "How would long lifespans impact the population of elves over the course of a millennium?"or "How many dragon-sized predators can a given region support?") range from the silly to the intriguing, but one serious wrinkle in any GM world-builder's scheme is the potential for characters to return from the dead.


In my Olde School Wizardry homebrew campaign it isn't a question I have to grapple with -- one of the distinctive features in that world is that "dead is dead" and no wizard, no matter his level of proficiency, has ever found a way to fully resuscitate the deceased. 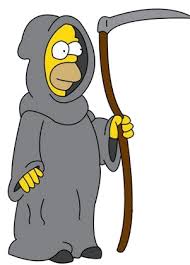 However, in at least two of my other three fantasy role-playing campaigns there are ways to cheat death ... though generally at a very steep price (quests, donations of thousands of gold pieces, etc).


Still, if a high enough level cleric or magic-user has spells such as raise dead, resurrection, and limited wish in their daily lists ... it's a wonder that anybody stays dead long.  Can you imagine what havoc it must wreak on inheritance law and dynastic succession if over 300 people per year shrug off the grave for each high-level caster in the campaign world?

In any case, a while ago I got to thinking ... what if the level of a deceased character played a part in whether or not he or she could return to lands of the living?

Sure, this could be as simple as replacing AD&D's old "system shock" with a flat 10% chance for powerful magic to recall him or her per level of the deceased.  Right away this cuts the average man out of the equation: farmers, merchants, shopkeepers, and most men-at-arms would dutifully shuffle off to their ultimate destiny without a backward glance.  But would a failed check by, let's say a 3rd level fighter mean that she was gone for good?  Or could the spell be attempted again (with all the associated costs)?

One other method for handling a return from the grave that I'm toying with in my Homeguard B/X campaign is to rule that magics that resuscitate almost always work (no system shock or saving throw required), but that they require that an experience level must be expended.

"Remember ol' Von Whasname who you foiled in his attempt to assassinate the king?  Yeah, well the High Priest of Orcus who now has you chained up to that wall plans to use your life force to resurrect the that creep before doing you in and animating you as a zombie!" 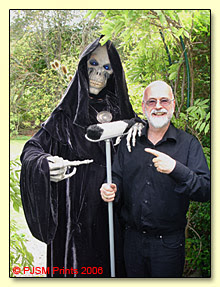 I'm always keen to find more reasons for those villains to take prisoners.

Does anybody out there have a clever or unique way of handling Raising the Dead in your own fantasy campaigns?
Posted by Jarrett Perdue at Saturday, March 21, 2015