Having survived the Night of the Owlbear, the party pressed on to Wyvern Tor in search of some orcs that needed slaying.

Things went pretty smoothly at first -- the sharp-eyed hill dwarf led the way up into the highlands, the party soon noticed smoke from the orc lair, they went into sneaky mode and spotted an orc lookout.  The group tiptoed around to set up a crossfire and managed to drop the sentry with ranged attacks and then ... used Thaumaturgy to loudly announce the group's presence ... ? 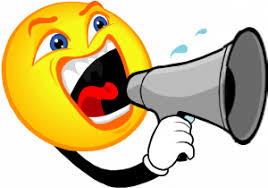 Granted, a loud challenge surely wasn't what I expected ... or what the orcs expected ... or apparently what most of the rest of the party expected either, but the cleric seemed certain that this was the way to go!

Perhaps a bit stunned by the quick shift in plans, the halfling thief and leather-clad human archer waited just outside the orc lair while another rogue lingered half way along the ravine.  The cleric and wizard crouched a considerable distance off, sheltered behind the next ridge.  And then folks just sort of waited around to see what would happen next.  Hmm.

Alerted, given ample time to prepare, and challenged loudly, the orcs promptly roused their champion and sent him out to confront the intruders! 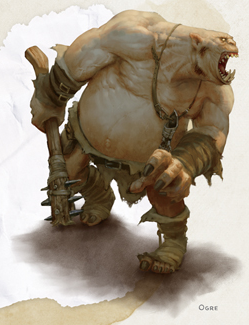 Yeah ... ouch.  Leather-clad archer going one-on-one in melee with this guy?  Not so much.  There was some running, a brief attempt to rally and a piece-meal counter-attack which largely involved taking the brute on individually (with predictable results).  Eventually the spellcasters wore the creature down with ranged attacks and it retreated to the orc lair, but not before the orcs had plenty of time to scramble out of the gully and start mopping up the remaining party members.

So next time, as we complete character generation (all five guys were eager to keep playing but less enthusiastic about rolling up new characters), we'll go back and talk about some basic tactics.

Maybe some discussion on force concentration, planning a route of retreat, using terrain to your advantage, or at least the value of putting your high armor class tanks up front (rather than leather-clad rogues and ranged fighters) will grant their next batch of characters a bit more longevity.  On the plus-side, there weren't any friendly-fire casualties this time!