When I decided that I wanted to teach some role-playing basics as part of my Adventure Games Class, I chose to create a simplified homebrew that has D&D (specifically 5th edition) in its gaming DNA.

One thing I decided to bring over intact from the new boxed set was the rapid low level advancement system. However, while rewriting the rules and pairing them down to a kid-friendly digest, I offered my neophyte GMs two different ways to calculate earned experience:


Experience points (XP) are awarded for treasure successfully recovered at the end of the adventure, for traps dealt with, and for creatures slain or neutralized through trickery or negotiation.


There are two methods for calculating XP earned.
The GM should announce to players which method is being used at the start of the session:

1. I think that these two methods could mean the difference between this adventuring crew ...

2. Party XP means that the surviving explorers will progress at the same rate, but with the Individual XP method that's highly unlikely.

3. With Party XP, hanging back and letting others take the risks (e.g. NPC meat-shields) is a great strategy, but with Individual XP that just means falling behind.

4. The Satipo-factor "Throw me the idol. No time to argue! Throw me idol, I'll throw you the whip!" 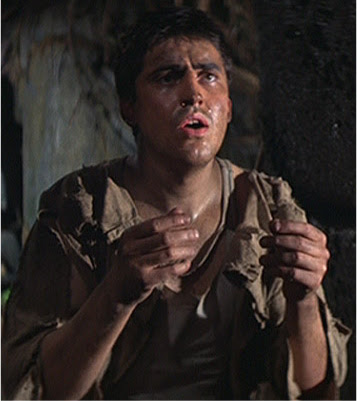 Hopefully we'll get far enough by the end of the year for me to develop some impressions on how each system actually works!