I opened our latest session by revealing to the players that Loomis Dooin, their wizard-patron, had extended his offer to reward those able to reawaken the "sleeping perpetually moving mountain spirits" beneath Dwimmermount to other adventuring parties.  It looks like the gang was going to have some competition.


Ferdick spent some time at the Green Dragon Inn, learning what he could of these rivals, and hearing for the first time of the Five Delvers--a fairly green adventuring party whose members had been seen talking privately to Dooin.

Trekking to the mountain, over the next real-time 90 minutes, the group thwarted another slime curtain, pried some orichalcum plates out of a stone floor for later resale, and battled a patrol of eldritch bones.  Rather than head deeper to try and accomplish the task set them by Dooin, however, they opted instead to carefully collect all the eldritch bone fragments, remove them from the dungeon, and spend several days of game-time attempting to painstakingly gleen denatured azoth from the skeletons.
Matilda the witch took charge of this operation and, thanks to a natural 20, she was indeed able to extract some of the volatile, black substance from the bespelled bones, eventually fashioning the stuff into a crude grenade. 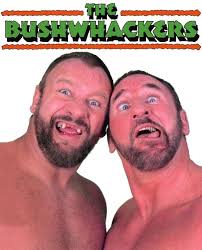 For the remainder of our session, after a bit of shopping, Ferdick arranged the party in the entry hall just beyond the Red Gates in a semi-permanent campsite.  His intent was to bushwhack the Five Delvers, reasoning that here in the dungeon the confrontation would be beyond the reach of the law and that the Delvers could be disposed of quietly without arousing undue suspicions.
A few wandering monsters livened things up a bit, but by the end of the session the Five Delvers hadn't yet appeared.  We'll pick up there next time and see how things go down (I'm more than a little curious myself).
Posted by Jarrett Perdue at Wednesday, May 10, 2017