Last week we wrapped up another two weeks of summer games camp at a local high school.  Here are some highlights: 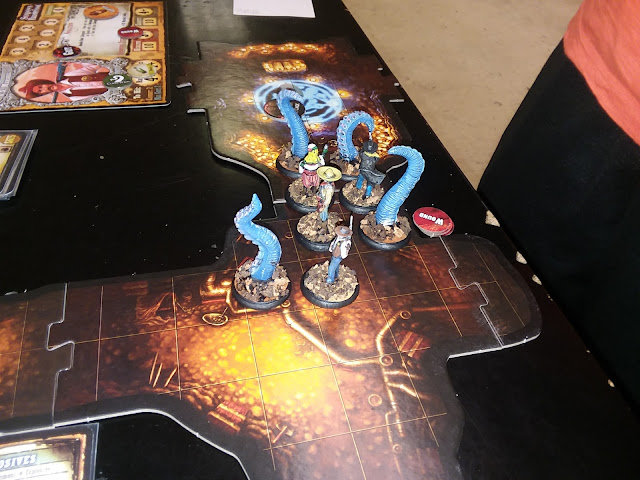 One of the more interesting developments of the week was the core of repeat-customers: kids who have attended up to four previous sessions and who are coming back for more as they move toward high school.

Because they were already familiar with most of the games, these players had a distinct edge in the four-team tournament format that we used--victory in our morning or afternoon break out games could earn points that were used to buy resources in our week-long meta-game.

These players also had some pretty strong personalities, and I didn't necessarily want to see them dominate their teammates, so I took a gamble and placed all of the veterans on the same tournament team.

To offset their experience, however, I increased their challenge level--rather than play as a standard nation in what was essentially a week-long, combined RISK-lite / Catan game, the veteran players would take on the role of The Plukish Confederation, a collection of allied, island city-states.

Owing their modest population, however, the Plukish team would not be allowed to assemble military units like their neighboring nations!  Instead, their victory would have to come strictly through trade and diplomacy (routes open to their competitors too). 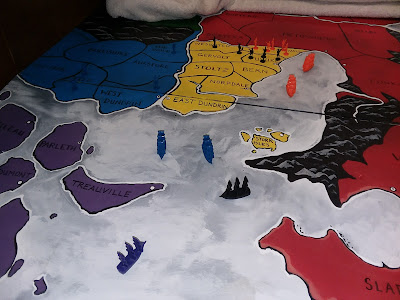 By mid-week it became clear that they were up to the task, and they went on to form a monopoly over key goods, effectively placing all three other teams in an economic stranglehold.

Their competition could have broken out of the Plukish monopoly and embargoes, forcing them to relent, but ONLY if they were able to set aside their own border wars and territorial disputes long enough to collectively pressure the veteran team with coordinated military might.

This, however, was not to be the case and nationalist rivalry and suspicion kept the other three nations from exerting the unified pressure necessary to bring Pluke to heel.  The veteran team, despite never fielding a single battalion all week, won a resounding economic victory!

A very satisfying week--it was great to see so many kids come back for analog gaming and to see them grow in leadership, social skills, and strategic thinking.